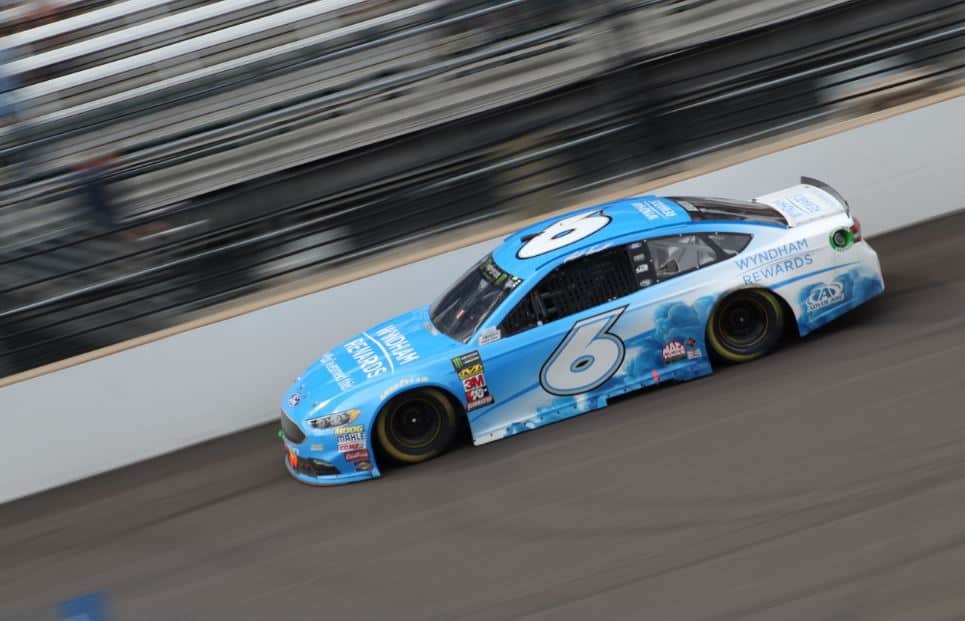 Heading into Monday’s (Spet. 10) Brickyard 400 at Indianapolis Motor Speedway, Matt Kenseth wasn’t on many people’s list of possible winners. Once the race started, he had one of the quickest cars all race long.

Because qualifying was rained out, Kenseth had to begin the 400-mile race from 29th. But the No. 6 car didn’t stay there long, racing to 15th by the end of stage one. But stage two is where the team shined.

Crew chief Matt Puccia had Kenseth pit under a lap 67 caution, giving the No. 6 car fresher tires. The 2003 Cup Series champion was able to drive inside the top 10, putting down lap times as quick as the leaders. When race leaders Clint Bowyer and Denny Hamlin elected to pit, Kenseth cycled to the race led, winning stage two and leading five laps.

Following the stage win, Kenseth had to pit, which the veteran driver was upset about it. Per his radio, he wanted to stay on the same strategy as the front runners, but with a few late-race cautions and having the car fall off the jack, the No. 6 car finished 12th — Kenseth’s best effort in 10 races this season for Roush Fenway Racing.

“We were fairly competitive,” Kenseth told Frontstretch after the race. “We were never on the same tires, so it’s hard to tell exactly whether we were a top five to seven car. We kept putting ourselves behind with the way the cautions fell and our strategy. Then the car fell off the jack there when we were running fourth and that was pretty much the end of our day.”

After falling outside the top 20, Kenseth was able to race up to 12th, equaling the second-best finish this season for the No. 6 team.

And with two-12 finishes in the past three races, Kenseth believes Roush Fenway Racing is heading in the right direction.

“We had a lot more speed in our car,” he said. “That’s the first really competitive car I’ve had since I’ve been there, so that’s a positive sign.”