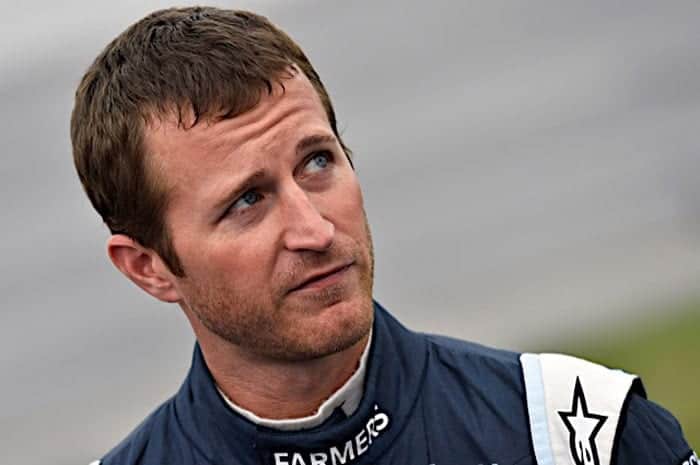 NASCAR Cup Series driver Kasey Kahne, who was forced to sit out of last weekend’s Big Machine 400 at Indianapolis Motor Speedway due to lingering effects of dehydration suffered in the Bojangles Southern 500 on Sept. 2, will miss the next three races as he continues his recovery.

“Kahne will contiune to sit out from Monster Energy NASCAR Cup Series competition this coming weekend in Las Vegas as well as well as the upcoming events at Richmond International Raceway, and Charlotte Motor Speedway. This week the series travels west to Las Vegas Motor Speedway where temperatures for the weekend are projected to be around 100 degrees,” a Leavine Family Racing statement read.

Regan Smith, who drove to 20th place finish at Indianapolis last week while subbing for Kahne, will drive the No. 95 in this weekend’s South Point 400 at Las Vegas Motor Speedway, as well as the following races at Richmond Raceway and the Charlotte Motor Speedway ROVAL in his absence.

Smith, who is no stranger to the substitute driver role, has made 213 MENCS starts. The Cato, N.Y. native has also notched one career win, which came in the 2011 Southern 500 while driving for Furniture Row Racing.

Last Friday at the Brickyard, Kahne addressed the media on his current condition.

I had basically since last year, you know, since last year, the start of this year, each race I get a little bit worse by the end of the race with my hydration,” he explained.  “It just got to where at Darlington I had been to the care center a few times.  Darlington I had to go to the care center again.  It’s been the worse that it’s been this time.  It’s kind of lingered all week, stuck with me.  I just need to figure out how to make it better.

“At Darlington, about a hundred to go, it was really hard to keep my eyes open and see.  I was struggling to do that.  I was trying to control my heart rate because it was so high,” he continued.  “I basically just kind of laid in the car and drove around the corners.  I had to just control the car just to try to do as little as possible so my heart rate would go down because it was so high.  At that point, all I’m doing is focusing on my body and my health, not on what I should be actually focusing on, and that’s racing.

I will be very surprised if Kasey returns to race in NASCAR ever again. Just like Vickers, health concerns will keep him out of the car.

Maybe he’s just had enough of the game being played. Like Carl.

Never a Kahne fan, but yes not only has the circus left town, the cast is exiting.