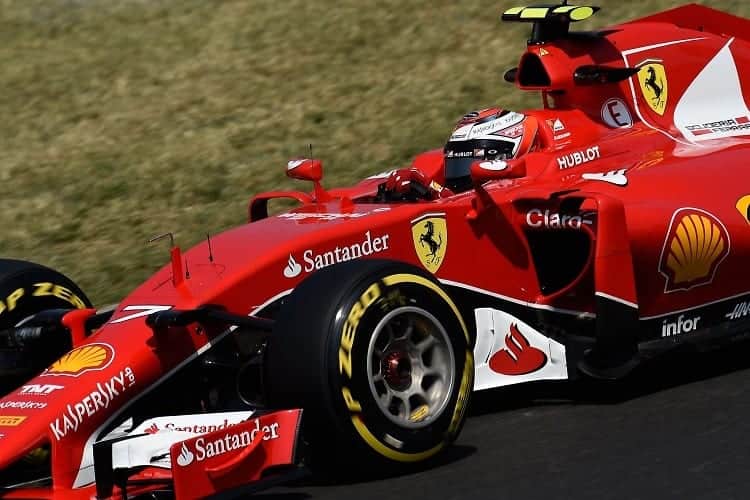 The news that Formula One fans had been anticipating all 2018 has been officially announced on Tuesday (September 11th, 2018) by Scuderia Ferrari that ‘The Iceman’ Kimi Raikkonen will step down from the Prancing Horse in 2019. With that, the team has also announced that young Monegasque hot-shoe, Charles Leclerc, will fill the vacant seat in the second Ferrari car along side four-time World Champion, Sebastian Vettel.

Kimi Raikkonen will leave @ScuderiaFerrari at the end of the season, the team has confirmed:

"As a World Champion for Scuderia Ferrari, he will always be part of the Team’s history and family. We thank Kimi for all of this and wish him and his family a prosperous future." pic.twitter.com/EKVvyR5wPb

But with his departure from Ferrari does not mean the end of the Finnish driver’s career. the 2007 World Champion will move from Ferrari to Alfa-Romeo Sauber. In a surprising turn of events, Raikkonen will return to the Sauber team where Kimi made his Formula 1 debut in 2001 for one season before joining Ron Dennis and McLaren in 2002. With Sauber, the rookie Kimi racked up nine points with two fourth place finishes in Austria and Montreal, and a fifth place result at Silverstone. Raikkonen announced his switch to Sauber in a very Kimi-esq post on Instagram.

For Leclerc, his strong driving in a car that finished last in the Constructors standings in 2017 has earned him his place in the Scarlett Red, with 13 points on the season to date, with a current career-high finish of 6th in Baku. Charles is currently outpacing teammate Marcus Ericsson by more than double of Ericsson’s total points on the season of six.

“Dreams do come true,” Leclerc posted on Twitter. “I’ll be driving for Ferrari for the 2019 Formula 1 World Championship. I will be eternally grateful to Ferrari for the opportunity given.

“To a person that is not part of this world anymore but to whom I owe everything of what is happening to me, Papa. To Jules, thank you for all the things you learnt me, we will never forget you, and to all the persons that supported me and believed in me.”

By Jules, Leclerc is citing the late-Jules Bianchi who passed away following a crash in Suzuka 2014. Jules was a young Ferrari development driver like Charles, who believed to have had a bright future after getting the back-marker Marussia the only points in the team’s four-year existence in 2014 at Monaco. Leclerc and Bianchi’s families share deep personal ties with a family friendship that was created long before either of the two drivers took a seat in Formula One.

Charles also mentioned his late “Papa” who passed away last year due to an illness just four days before Charles was to compete in Formula Two at Baku. Charles has overcome much adversity and now finds himself with a chance to compete for a World Championship in what is believed to be the fastest car at the moment on the F1 grid.

And for soon to be 39-year old Kimi Raikkonen, F1 fans will be happy to see The Iceman stay on the grid in 2019, and the Finn will more than likely end his Formula One career battling in the mid-pack, but it could be a chance for Kimi to enjoy racing again away from the white-hot spotlight that comes with being a Ferrari driver in Formula One.

Another page is turned. Kimi has definitely made his mark in F1, and at one time was one of the fastest drivers in the sport. I doubt if the same can be said today.Props to Ferrari management for providing a soft landing at Sauber. Is Charles L. the ultimate answer to replace Vettel? Time will tell.