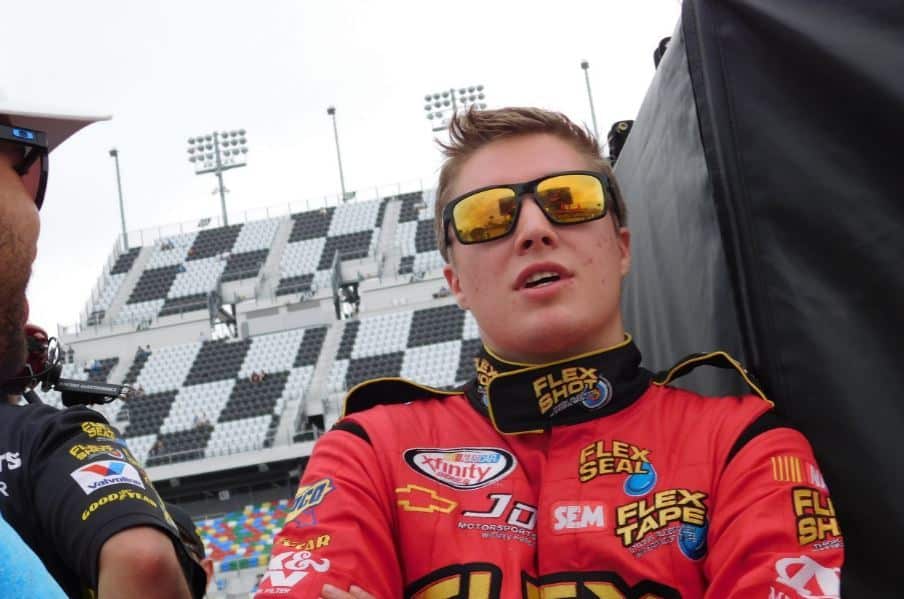 The latest episode of the 2018 Frontstretch Podcast features the Frontstretch trio of Dustin Albino, Mike Neff, Zach Catanzareti as well as Garrett Smithley, driver of the No. 0 JD Motorsports Chevrolet in the XFINITY Series.

Smithley finished 20th in Monday’s XFINITY race after spending Saturday and Sunday dodging raindrops. The Georgia native discusses what it’s like waiting out the rain, and how it was the first time in his racing career he’s not practiced before an event — not to mention the race being one that used restrictor plates.

In the waning laps of the Cup Series race, Jeffrey Earnhardt and Landon Cassill collided, which ultimately cost Denny Hamlin the victory. The driver of the No. 11 car called the two drivers “meaningless” – with Smithley having made his Cup debut for StarCom Racing earlier this year, we asked him his thoughts on Hamlin’s remarks.

Smithley also discussed his thoughts on the plate package, and if it should be utilized at more racetracks. Given that his favorite tracks are mile-and-a-halves, you wouldn’t think he’d be in favor of it, though it’s something NASCAR is definitely considering for 2019 and beyond.