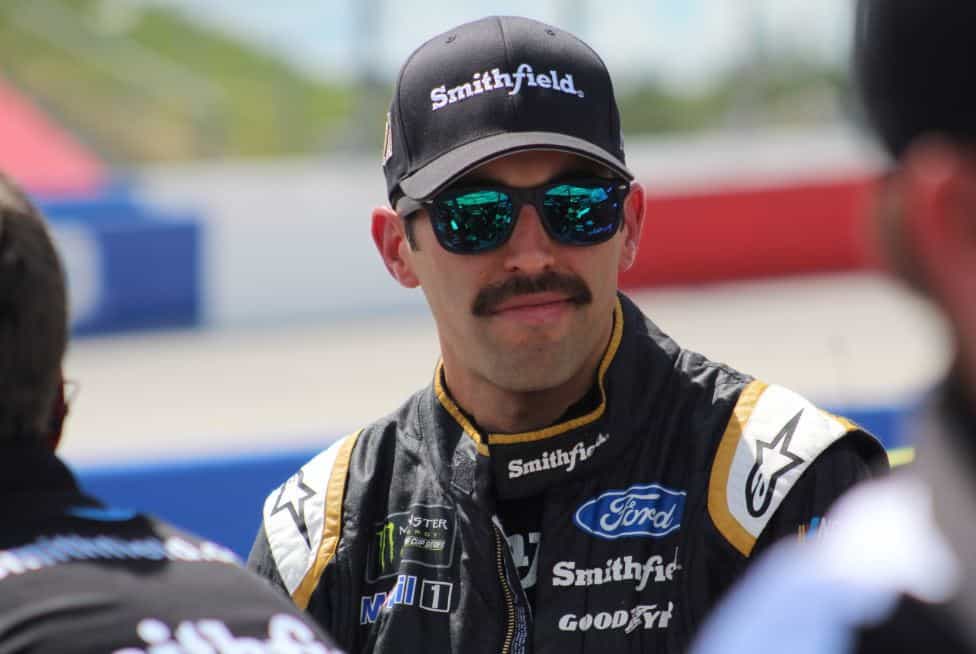 As the Monster Energy NASCAR Cup Series playoffs begin this weekend in Las Vegas, we try to forecast which races will be the wildcards and which will be predictable as to who will be fast and win. This year, we have a new twist on the playoff schedule.

The Charlotte Motor Speedway ROVAL makes its debut as the final race of the first round. Teams have held a number of tests at the track, but the first official race will be the playoff race in late September. Is it the biggest wildcard race, or is there one more unpredictable than that?

We have spoken about the “Big 3” all season, referring to Kevin Harvick, Kyle Busch and Martin Truex Jr. But as we begin the playoffs, it is time for people to make their predictions as to who will make it all the way to Homestead-Miami Speedway and have a chance to win the title.

There are some long shots in this year’s playoffs, but maybe not as big as there have been in the previous seasons. A few that come to mind might be Alex Bowman, Jimmie Johnson, Aric Almirola and Austin Dillon. All four have had solid years but not years they would have liked to. But they are in the playoffs, and now the question is who might have the best chance to make it to Homestead out of those guys?

Q: What track do you think presents the biggest wildcard in the playoffs this season in the Cup Series? — Jerry B., Orlando, Fla.

A: This year’s playoff schedule is different than it has been in years past with the entire first round being made up of different tracks. It was time to shake things up a little bit and give other tracks a playoff race to see if the sport can create more playoff excitement that seemed to be lacking.

The biggest wildcard race definitely has to be the Roval at Charlotte Motor Speedway. Usually, this title would go to Talladega, but nobody has ever raced a lap on the Roval. They have tested there, and some were catastrophes for many drivers, and it should create unpredictability like we have never seen before.

It is going to give us an unexpected winner, at least if it goes anything like testing has. The fast guys will still be fast, but learning the track is going to be a key for so many of these guys.

Q: Who would you pick to make it to Homestead right now? Who is your long shot to make it but has a chance in your mind? — Ingrid S., Portland, Ore.

A: Picking a Championship Four for Homestead seems to be easier than in years’ past, but at the same time, there can be so many things that happen between now and then.

At this moment, I would have to pick two locks for Homestead and that’s Kevin Harvick and Kyle Busch. Harvick and Busch have easily been the best two cars all season long, and with 50 playoff points apiece, they’re well ahead of the field right now, save for Martin Truex Jr. Their playoff points alone may get them to Homestead as long as they do not have major issues.

I would not even say Martin Truex Jr. is a lock, even though he has been a part of the “Big 3.” In recent weeks, the team has not shown the strength that we have been used to seeing from them. Mistakes have been plentiful, and the execution has not been on par for an entire race, and that is not going to get you to Homestead.

My long shot to make it to Homestead, and even win the title, is Aric Almirola. Almirola has been fast all season long, but there have been times he has not had the speed and the team has made mistakes that have cost the driver a shot at a win.

The mistakes, plus being an eighth-12th place car most of the year with the exception of a few weeks where he’s had a chance to win make him my long shot. He is with Stewart-Haas Racing, a team that has combined to win 10 races this season and has all four of its drivers in the playoffs.

If Almirola and his team can execute for a full race during the playoffs, I do not see a reason why he would not have a decent chance to make it all the way. This has easily been the best year in his entire Cup career, and a win during the postseason would be huge for his bid for a championship.

While I do not think he will win it all, I do believe there is a chance he makes it in the Championship Four. Right now, I would say my Championship Four are Busch, Harvick, Truex (I do think he pulls through and makes it) and, the fourth driver is up in the air, but I think it will be a Team Penske driver, whether it is Ryan Blaney, Brad Keselowski or Joey Logano. All three have had speed most of this year, and Keselowski has won the last two races.

Keselowski has the slight edge to be that fourth driver to make it to the championship race. If that were to happen, it would be the exact same Championship Four from 2017, but the question would be who would take home the title? That is definitely something that will be enticing to watch as we approach the end of this season.

Brandon, my hat’s off to you. You write with the mature insight of someone with many more years of age and experience.