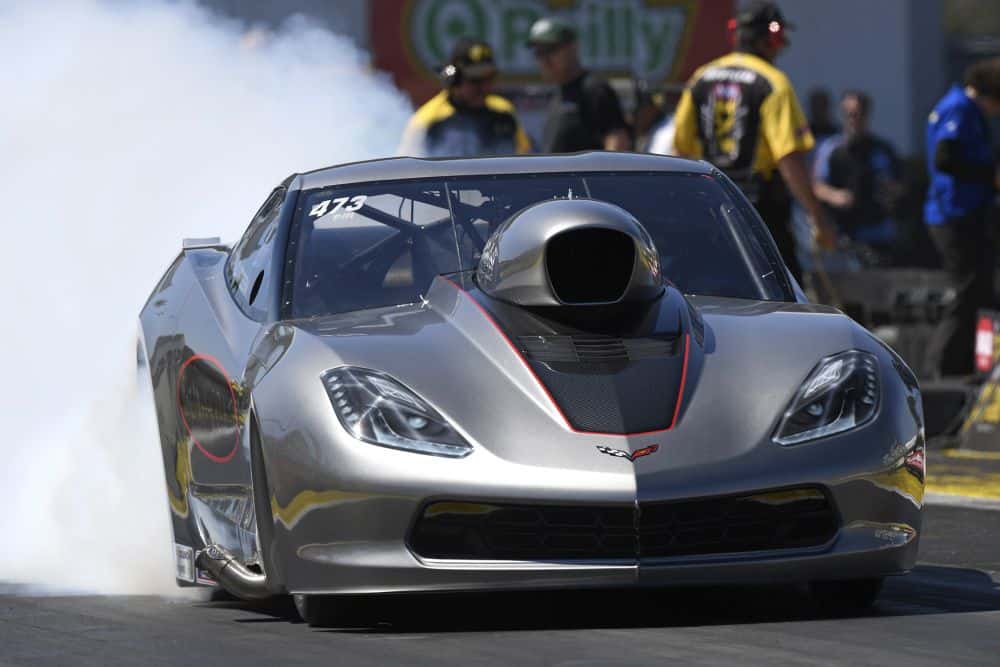 Everyone is anxious to get off to the best possible start for the Countdown. At this point, with just a 20 point lead for the top seeds, a dominant regular season no longer matters. What matters is a dominant Countdown.

It’s also a new life for the drivers in the back. Even the 10th place driver is only 100 points behind the leader.

Good thing the Countdown doesn’t kick off in Charlotte like it did in previous years, right? Kudos to whoever looked in the crystal ball and adjusted the schedule. The weather at Maple Grove, other than Friday, looks like it will be pretty good. Charlotte, on the other hand, will probably be suitable only for drag boat races by Sunday.

Seriously, though, we hope all the people in the path of the storm, zMAX Dragway and otherwise, stay safe, and that all the dire predictions turn out to be just a lot of hype.

The Charlotte, North Carolina area is home not only to zMAX Dragway and most of the NASCAR universe, but it is also home base for some in the NHRA drag racing world. Pro Stock’s KB Racing and Pat Musi Racing Engines both call Mooresville, just north of Charlotte, home.

Musi builds engines for racers in many classes, but has most recently been making his biggest impression in the Pro Mod ranks. His engines powered Rickie Smith to three championships and counting and are the power behind Smith’s teammate, Khalid al Balooshi as well. Those drivers are currently second and fourth in points, respectively.

Musi has been the tuner for rookie Pro Mod competitor Chad Green this year as well. Green made a splash early in the season, racing all the way to the semifinals in his debut at the Gatornationals. He still sits seventh in points.

He and his engines, along with his daughter Lizzie, are a force in the PDRA Pro Mod world as well.

Yet, while not a constant presence, Musi is no stranger to NHRA drag racing. His last decade or so powering cars in the Pro Mod class has not been his first entry into the NHRA. He competed alongside legends like Bob Glidden and Lee Shepherd in the late 1970s and early 1980s, driving in Pro Stock before bowing out and turning his attention elsewhere.

He scored his first NHRA win as a driver in 2010 in Pro Mod. While he’s focusing his attention under the hood and on the laptop where the tuning happens, these days, he’s still the power behind many wins in the class.