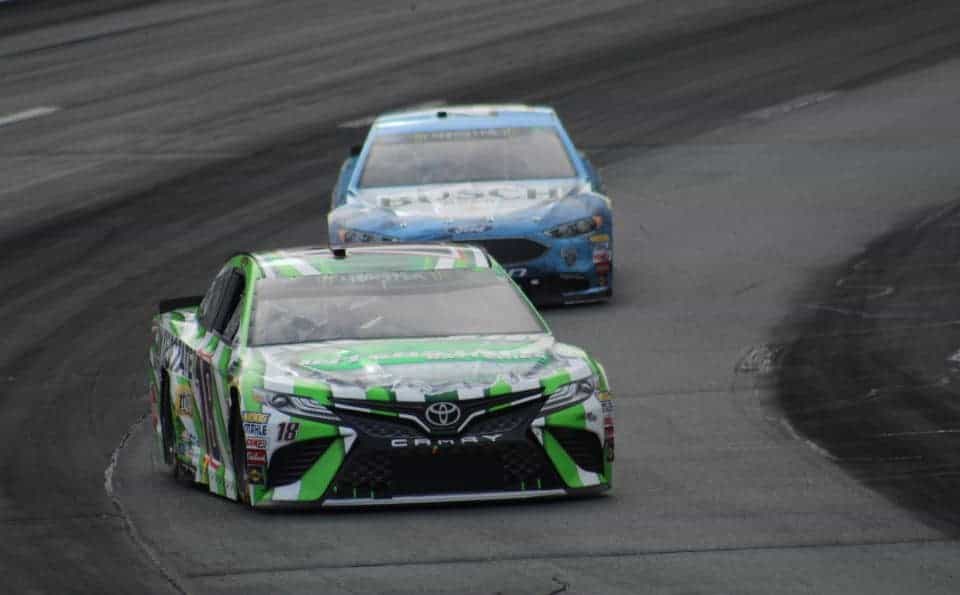 This year’s Monster Energy NASCAR Cup Series playoffs, which begin this weekend at Las Vegas Motor Speedway, marks the fifth time in which the series has employed an elimination-based format to help decide its champion at the end of the season.

Starting in 2014, the series cooked up different rounds throughout the playoffs that eliminated four drivers every three races. By the 10th event, also the season finale, four racers remain from the field of 16, giving those drivers a shot at the championship after having survived the previous three eliminations.

This season provides a slightly different challenge than before, with Las Vegas replacing Chicagoland Speedway as the first event of the playoffs, followed by Richmond Raceway and the ROVAL at Charlotte Motor Speedway — all new entrants into the first round of the playoffs, the Round of 16.

That does not, however, discount entirely the success (or lack thereof) the 16 of this year’s playoffs have experienced in past seasons’ first rounds. In all, 12 of the 16 have competed in every race of the first round since 2014, with most of them part of the playoffs each year in some capacity. They’ve had to deal with the pressure of racing your way on to the next round, and while the locations may be different this year, the goal — and the intensity that comes with it — remain the same.

With that in mind, here’s a look at driver averages and other results over the past few first rounds, coupled with average finishes at the tracks in question (the newly minted ROVAL excepted), to determine who might be out of contention once the series moves on to round two.

These are the no-brainers, in theory. And it’s easy to see why most, if not all of them are in this category. Brad Keselowski not only possesses the best average finish in the first round of drivers who’ve competed in every season (6.6) and the second-best overall, but he also has a pair of wins at Vegas and a respectable 13.7 average finish at Richmond. Team Penske teammate Joey Logano may lag behind in the win category at the two tracks, but he has an identical average finish as Keselowski in the opening round and has average of 9.7 and 11.5 at Vegas and Richmond, respectively.

Then there’s Kyle Busch, who besides being the regular season champion has an 8.6 average finish in the first round and a win in Sin City to show for his career. And though Martin Truex Jr. may be in the midst of a lame duck season as his No. 78 for Furniture Row Racing will close shop at the end of the season, thinking of him as an early exit in the playoffs is nearly unthinkable given his average finish of seventh in the first round.

Let’s start with Chase Elliott. The driver of Hendrick Motorsports’ No. 9 may have a deplorable average (25th) at Vegas and a more respectable 13.8 at Richmond, but those results are all that keeps him from the top category, as in his two full-time seasons in the series, he has an average finish of 5.7 in the opening round of the playoffs, best of anyone involved this year.

As for Kevin Harvick? Probably should be a no-brainer given how strong his season’s been so far, but bear in mind that he tends to have a slow start to the playoffs, scoring an average finish of 16.6 that’s marred by three finishes of 36th or worse. That has to be a concern.

Jimmie Johnson tends to be fairly lights-out in the playoffs, and he’s got a 10.8 average in the first round, so he’s likely through, but he’s also a bit of a wild card given his age and performance in 2018. And Kyle Larson is realistically moving on, with an average opening round finish of 9.1, he’s just not as sure a bet as Keselowski, Kyle Busch, Logano or Truex.

Look, Denny Hamlin isn’t the easy pick some may make him out to be; along with an average finish of 13.1 in the opening round, he hasn’t won at two of the three tracks at which the series will race to open the round. Kurt Busch? Same, and his issues go even deeper, with a 22.5 average in the first round joined by an average finish of 22.5 at Vegas and 15.3 at Richmond.

Meanwhile, Austin Dillon and Aric Almirola just don’t seem cut out for playoff success this year. Next year? Yeah, maybe. But for now, let’s call it an honor just to be included.

Who Are the Wild Cards

These are the folks who are sort of toss-ups entering 2018, generally because of either being new to their rides or new to the series in general. Clint Bowyer, for instance, doesn’t have that strong of a record in the first round, but bear in mind that much of that occurred in subpar equipment, not the Stewart-Haas Racing ride he’s held since 2017. Same goes for Alex Bowman, who has never even experienced the pressure that goes with the playoffs and is still becoming acclimated to his new ride at Hendrick Motorsports.

As for Erik Jones and Ryan Blaney, again, it’s tough to say. They haven’t been as strong out of the gate as Elliott, but it could be too early to write them off completely, despite fairly unassuming opening round numbers to start.

Why does everyone forget, Jimmy Johnson has never had success driving s lighter car with less horsepower, never. JJ may never win another Cup race, this from a big JJ fan. Austin Dillon has no business or the talent to be in the playoffs but he is because he wrecked Arc right before the checkered flag. Bowman joins jj & Dillon as the first ones out. I think those 3 are for sure and bad luck may be the deciding factor in who drops out as the fourth car out.

Does anyone even care about the ‘playoff-that-isn’t-really?’

WTF? As much as I can’t stand him, with 50 playoff points on the bottom half of the field, and given how well he’s run all year, how is Kevin Harvick not on the definite list?