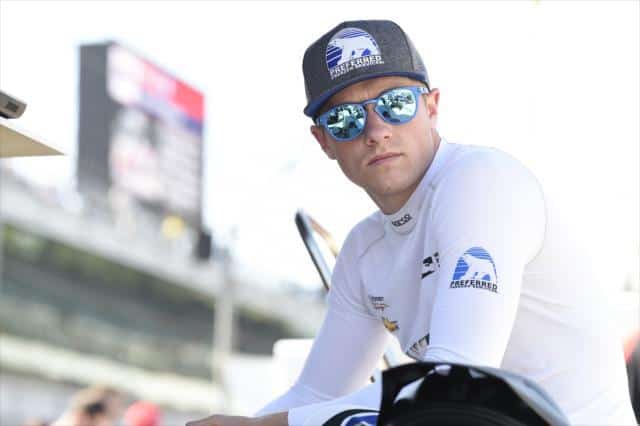 Spencer Pigot will return to the Verizon IndyCar Series in 2019 with Ed Carpenter Racing. Pigot will again pilot the No. 21 Chevrolet, continuing his three-year relationship with the organization since 2016.

“I’m extremely happy to be returning to Ed Carpenter Racing for the 2019 season,” Pigot said. “I have to thank Ed Carpenter, Stuart Reed and Tony George for giving me the opportunity to race for their team once again. It’s been great to compete in my first full season of IndyCar racing this year and I look forward to building on that next year.

Tallying his best career finish of second at Iowa in July, Pigot sits 13th in points approaching the season finale at Sonoma Raceway.

“We have a lot to look back on and learn from,” he said. “We will be working hard over the offseason and will be able to hit the ground running when we get to next season’s opener in St. Pete.”

Pigot is slated to make his 39th career start on Sunday at Sonoma and is coming off two back-to-back strong finishes with a sixth-place finish at Gateway and a fourth at Portland.

The recent uptick in performance has team owner Ed Carpenter optimistic for a winning season come 2019 with Pigot.

“I am really happy to have Spencer back in the No. 21 for the 2019 season,” Carpenter said. “We have always believed that Spencer has the potential to compete for race wins and championships and he has really shown that in the back half of this season. Hopefully, we can break through this weekend at the season finale and get ECR back in the win column.”