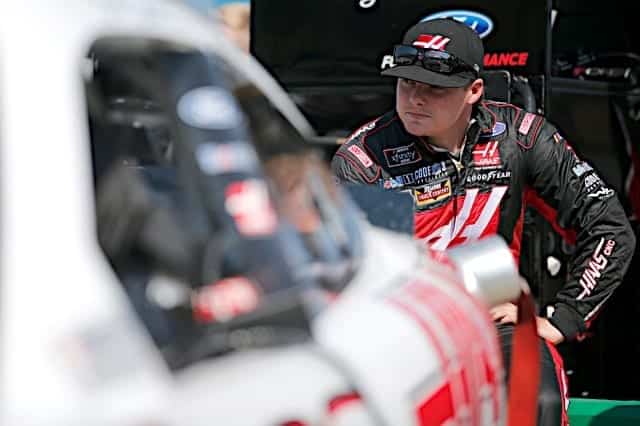 Cole Custer now has the most XFINITY Series poles this season, as his 179.295-mph, 30.118-second lap earned him the top starting spot for Saturday’s DC Solar 300 from Las Vegas Motor Speedway.

This is the Ladera Ranch, Calif. native’s fifth pole of the season and of his career. He has won poles at Bristol, Richmond, Kentucky and Pocono already, and now can add LVMS to that list.

“That was the craziest qualifying session I’ve ever been a part of,” Custer told NBCSN. “I can’t thank my guys enough for getting us out there and giving me a good car all weekend. Our Code 3 Mustang has been awesome. Hopefully, we can just stay out front and see what happens. I want to win every stage and the race.”

Starting P1 today at @LVMotorSpeedway! Thanks Jabo and the @code3associates team for a fast Mustang! pic.twitter.com/FDngcsCye8

Ryan Preece, Daniel Hemric, Ryan Truex, Matt Tifft, Brandon Jones and Stan Mullins all failed pre-qualifying inspection and failed to make a lap in round one. They will all start at the rear of the field.

The green flag for the DC Solar 300 is scheduled to fly just after 5 p.m. ET on NBCSN and PRN.