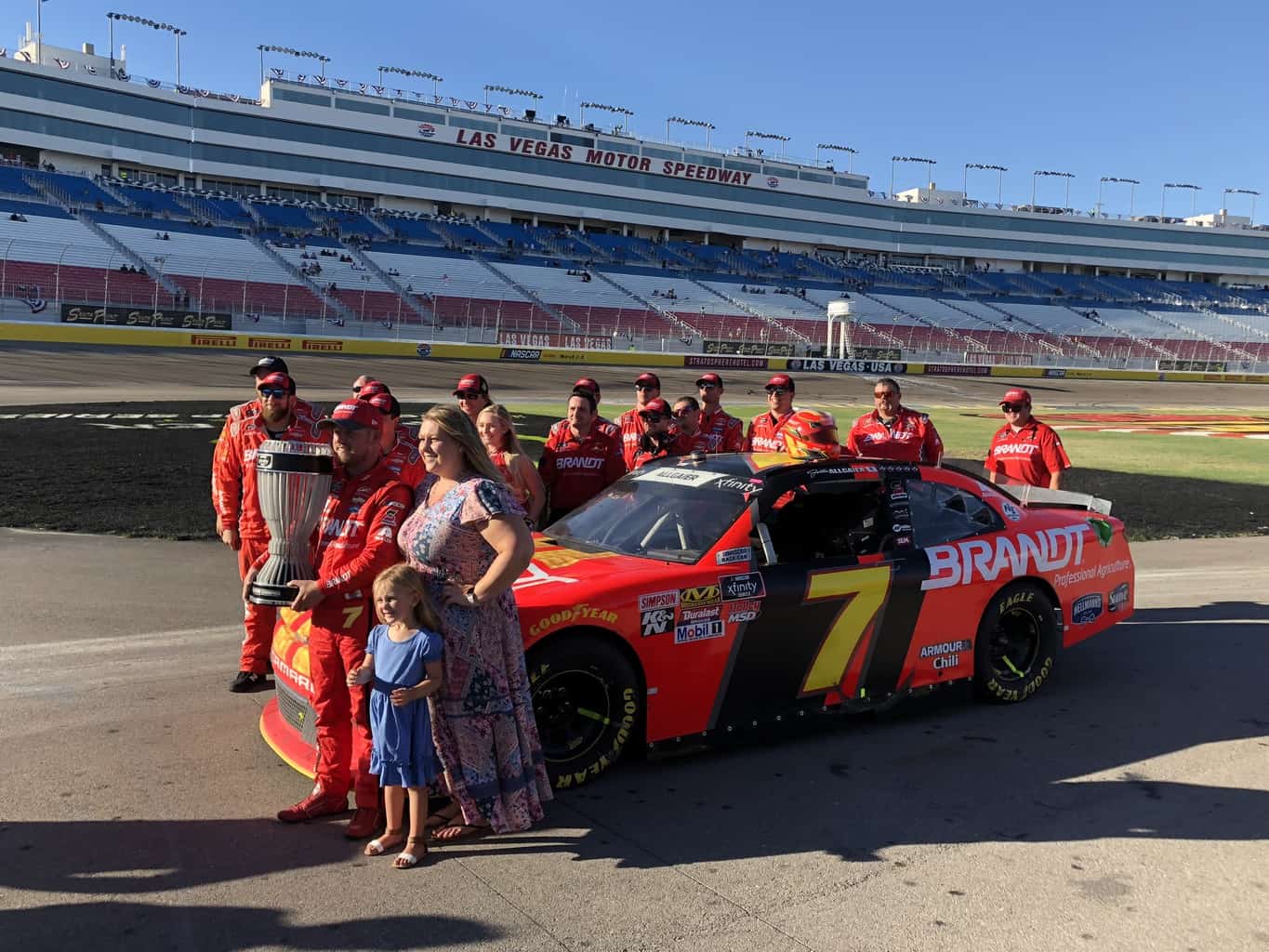 That’s what Justin Allgaier will be saying all week, as he left the 1.5-mile speedway with an extra 15 playoff points in his pocket thanks to his second-place finish in the DC Solar 300, which earned him the regular season championship.

“We’ve got seven grueling races ahead of us,” Allgaier said. “I feel like there’s six, seven or eight of us that should be at Homestead. And that’s the scary part of it. We’re going to have to execute and do our job.”

Moving forward, the mindset for the Riverton, Ill. native doesn’t change. Focus on what’s gotten them to this point in the season: giving 100 percent.

“Moving forward, you have to keep racing these races the same way,” he said. “You’ve gotta go for wins, you’ve gotta go for stage wins, you’ve gotta get those bonus points. Because it’s so challenging right now to keep the speed every week but also execute. Our goal was to win the regular season championship after we put ourselves in position to go do that. And now we’ve kind of reset those goals and said ‘okay, we want to go after a championship in Homestead.’ So we’re going to put our best foot forward and we’ll try to do it.”

Allgaier’s five wins this season is already a career-high, as are his 15 top five finishes. The result was his 14th straight top 10 finish and has finished outside the top 10 twice in his last 18 races (crashes at Charlotte and Pocono).

But despite those staggering numbers, the unpredictability of the playoffs leaves him reserved with his chances to cash in on what would be his first championship.

“I think we have a really good team right now, and everybody works really hard,” Allgaier said. “As the playoffs start, it’s going to be about luck, which I don’t really believe in, but I believe in the definition of luck which is when opportunity meets preparation. We’re going to be prepared, and if that opportunity comes we’re going to be in position. It’s not going to be easy, you’ve got 12 great drivers and 12 great race cars that are going to battle it out every week. There are no slouches. You have one or two bad races throughout the course of the playoffs, you’re done.”

The 12-driver field consists of veterans, rookies and in-betweeners. Allgaier, one of the veterans who has been around the block a time or two, says this may be the most wide-open field of them all.

“You really don’t know what to expect,” Allgaier said of the playoff field. “Certain teams have shown really, really good speed at certain races, and maybe not as good speed at other places. Then there’s other teams that kind of fly under the radar and just point you to death throughout the course of the season. Having that is going to be unique … to balance that and see where it goes.”

Allgaier will look to ride his hot streak with a victory next weekend at Richmond Raceway in the GoBowling 250 on September 21.