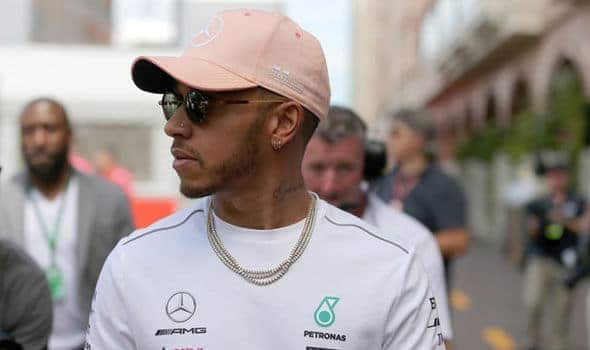 The Marina Bay Circuit in Singapore has notoriously been the worst track on the Formula 1 calendar for Mercedes and Lewis Hamilton. He won in 2014 when no one was touching Mercedes’ pace, and in 2017 when the two Ferrari cars and Max Verstappen crashed ahead of Lewis on Lap 1, but other than that, his car was always on its heels as far as pace.

But not on Saturday (Sep. 15). Hamilton smashed the competition by more than three-tenths of a second with a lap at 117.957 mph to secure his fourth pole at Singapore and his 79th overall. Unlike typical Formula 1 qualifying sessions, Hamilton’s pole time was set with more than seven minutes to go on his first flying lap.

Verstappen will start second just like he did in 2017.  Sebastian Vettel appeared to be the favorite going into this weekend, with his four wins at Singapore prompting him to say it’s his favorite track. However, the Ferrari driver had a poor middle sector time and has to settle for third quickest.

Next were the Finnish drivers. Mercedes’ Valtteri Bottas qualified fourth and Kimi Räikkönen could only go fifth fastest.

Daniel Ricciardo could not match his teammate’s pace in the Red Bull and will roll off in sixth despite much hype around the Red Bull garage for the Aussie’s potential performance. Singapore’s street track characteristics match the likes of Monaco, a race that Ricciardo dominated earlier this year, but he will have some work to do in his final Singapore race for Red Bull.

As we move down to the mid-field battle, Sergio Perez was the best of the rest in seventh. Haas F1 Team’s Romain Grosjean only ran one lap at the beginning of the final qualifying session but was still able to secure eighth. Esteban Ocon, in what could be his final Singapore Grand Prix, will start in ninth while Nico Hulkenberg in the Renault rounds out the Q3 group in 10th.

The first car eliminated after Q2 was Fernando Alonso in the McLaren by a tenth of a second behind 10th and will start in 11th. Fellow countryman Carlos Sainz Jr. qualified 12th followed by Sauber’s Charles Leclerc and his teammate Marcus Ericsson. Pierre Gasly did not set a final flying lap at the end of Q2 and will start in 15th

Kevin Magnussen will have his work cut out for him to put the fight to Renault for fourth in the constructors standings, he was the first eliminated in Q1 and will roll off in 16th, Brendon Hartley will start 17th in the Toro Rosso, Stoffel Vandoorne qualified 18th, Sergey Sirotkin 19th and Lance Stroll, who went wide on his final flying lap will roll off plum last in 20th on Sunday.

The 19th Singapore Grand Prix is set to begin at 8:10 am ET. Vettel will need a strong start and bad luck from Hamilton if he is to insert himself back into the championship fight before F1 goes to Russia in two weeks.

Wow, that lap felt like magic! It was an incredible feeling as it all came together. I’m so massively grateful of everyone at the factory who always work so hard, thank you. This track is truly beautiful and I can’t wait until tomorrow! ?? #Pole #SingaporeGP @MercedesAMGF1 pic.twitter.com/dSoQHRvqXd