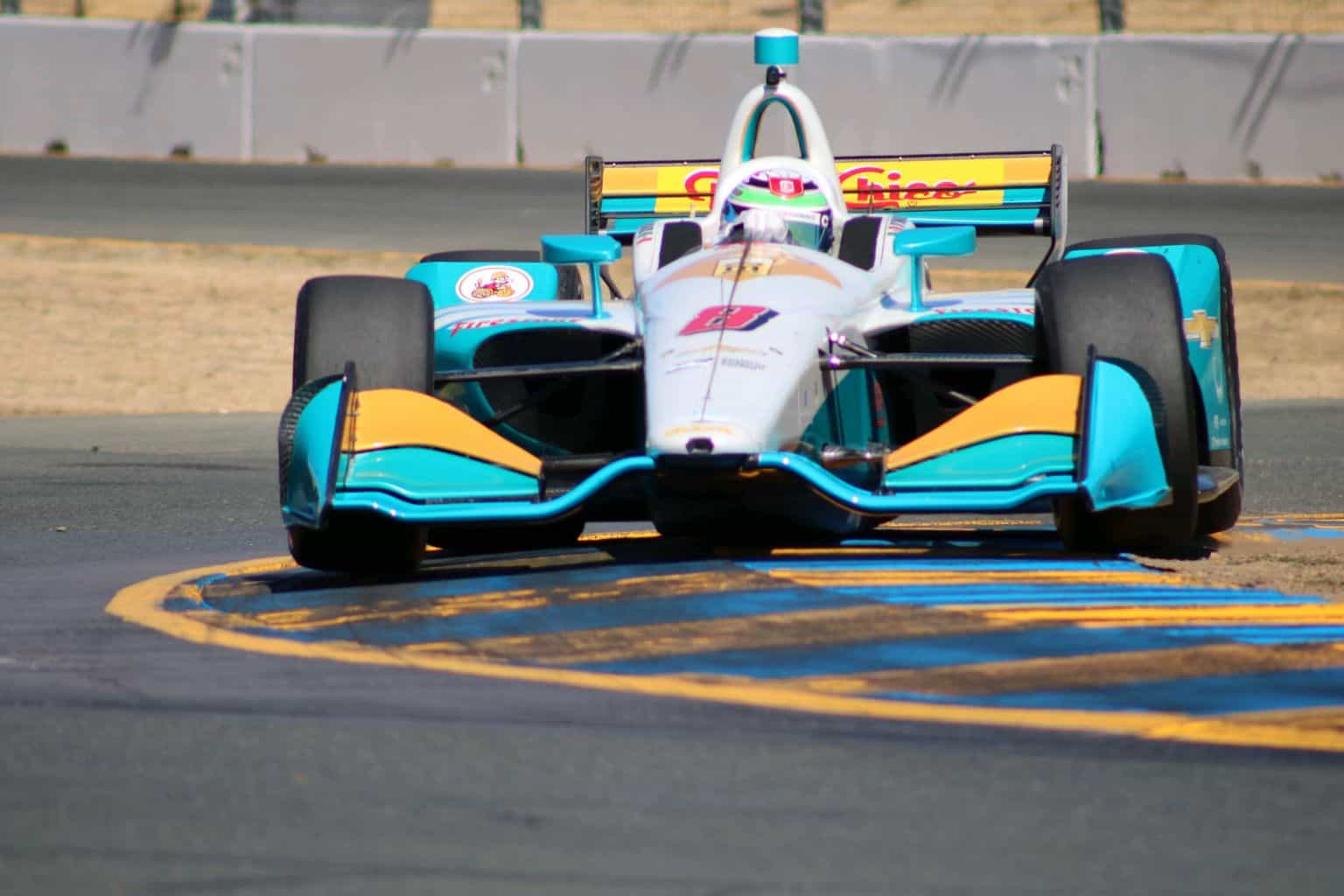 Patricio O’Ward already made a statement in 2018 by picking up nine victories and a championship in the Indy Lights Series. On Sunday, O’Ward added icing to the cake of an impressive season.

O’Ward made his Verizon IndyCar Series debut with Harding Racing behind the wheel of the No. 8 Sunday at Sonoma Raceway. He began his next step alongside fellow Indy Lights driver Colton Herta but O’Ward clearly won the clean battle amongst first timers.

During qualifying on Saturday, the familiar names of Ryan Hunter-Reay, Scott Dixon, Josef Newgarden, Will Power and Alexander Rossi were in the discussion in the Firestone Fast Six. O’Ward became the sixth driver of that equation as he sped toward a fifth-place starting spot.

“I think it’s pretty cool. I honestly don’t know what to think about it,” O’Ward said. “When I saw that I moved into the Firestone Fast Six, I saw (Josef) Newgarden, (Scott) Dixon, (Ryan) Hunter-Reay, (Marco) Andretti, (Alexander) Rossi, such big names, you’ve been looking at them for years and years and years, since I was a kid. Scott has been racing for a long time. I think even before I started my open-wheel career, Josef was already in INDYCAR.

The rookie also stayed in the spotlight during Sunday’s (Sept. 16) IndyCar Grand Prix of Sonoma. O’Ward battled within the top 15 the entire race with 18th being his lowest position during the event. He also went side-by-side against the best in the business, including 2017 IndyCar Champion Newgarden, Tony Kanaan and James Hinchcliffe.

O’Ward wound up ninth, making a statement for possible team owners on what he’s capable of for 2019 and beyond.