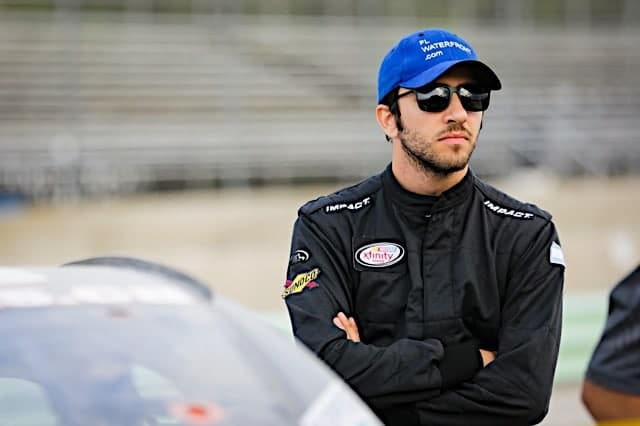 The Israeli driver will compete in BK Racing’s No. 23 car at Richmond Raceway this weekend (Sept. 22). Day will be sponsored by Richmond-based Best Bully Sticks. It’s a dog treat company which will sponsor a NASCAR team for the first time.

Day hopes to return to the Cup Series with the No. 23 team, now operated by Front Row Motorsports, for a handful of races after the Euro Series season concludes, a source close to him said. Deals for races at Sonoma Raceway and Watkins Glen International were unsuccessful due to sponsorship. But now, he is prepared to strap behind the wheel of a Cup car for the second time.

Day made his Cup Series debut last June at Sonoma with Ron Devine-owned BK Racing. He started and finished 32nd that day but has not returned to the Cup Series since.

NASCAR’s first Israeli driver first raised eyebrows while competing in the Euro Series for CAAL Racing. He came to America to compete in the NASCAR XFINITY Series in 2016, running in an old Dodge for Carl Long. Day ran inside of the top five in his debut before finishing 13th at the Mid-Ohio Sports Car Course. To this day, he looks back on that as the reason he’s able to make his Cup return.

They can either use it and run a third entry, lease it or sell the charter to another Cup team.