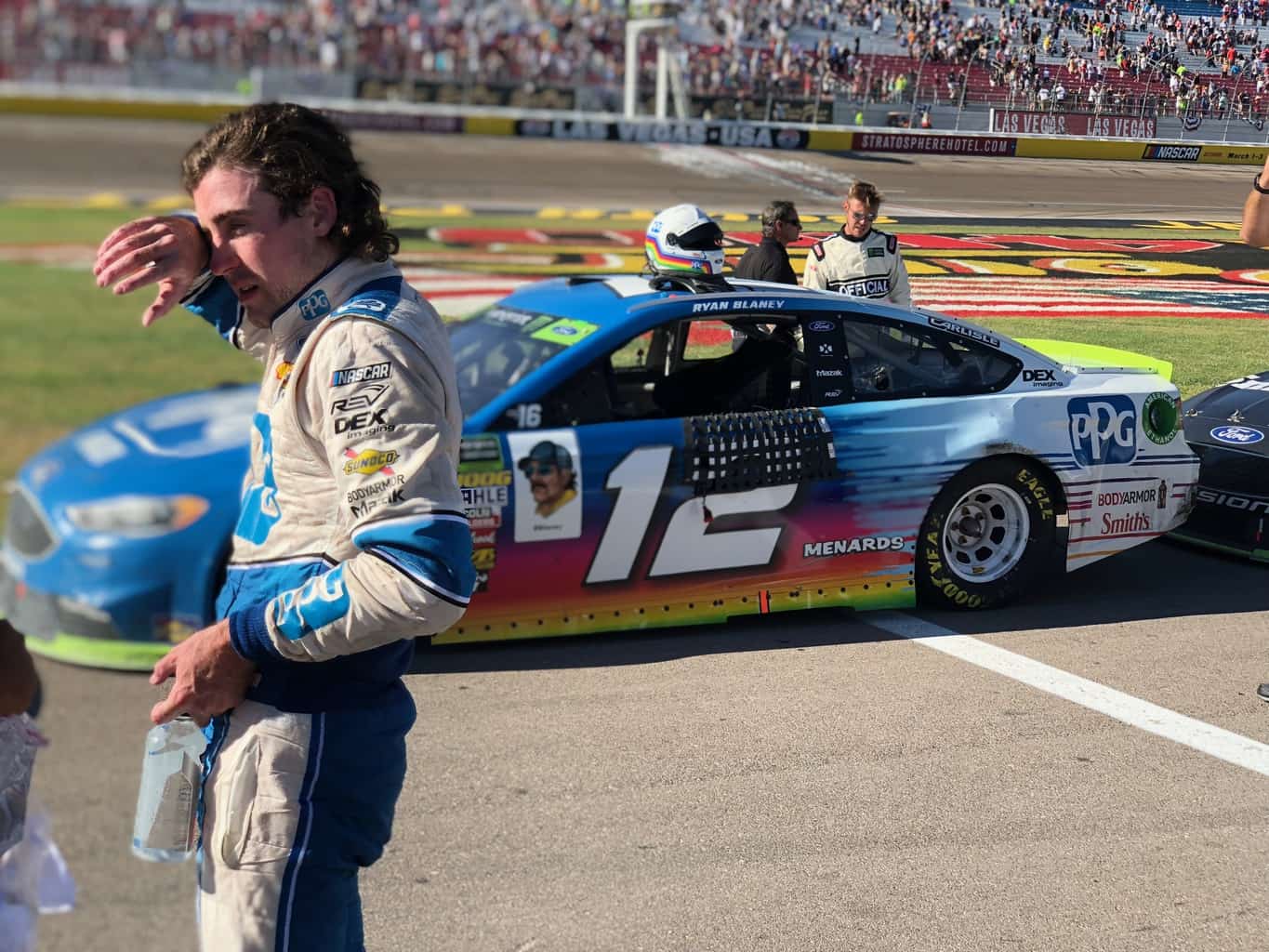 It was a banner day for Team Penske on all racing fronts. Brad Keselowski won the South Point 400 at Las Vegas Motor Speedway to earn the team its 500th victory, Scott Dixon won his fifth IndyCar Series championship and Keselowski’s two teammates, Joey Logano and Ryan Blaney, brought it home inside the top five.

“It was a long day for sure,” Blaney said following his sixth top five and 13th top 10 of the season. “We struggled in the beginning there and got it a little bit better, but we got a decent finish. We had a shot (at the win) on the front row (at the end), but the top lane was so tough to get going on old tires.”

The High Point, N.C. native finished 19th in stage one and eighth in stage two before finding the hidden speed in his No. 12 Team Penske Ford. But it wasn’t easy, as he ran into some trouble with fellow playoff contender Aric Almirola in the final stage.

“(We) got fenced,” Blaney said of the contact with the No. 10 car. “Obviously, there’s two sides of the story. I think he fenced me, he think he left a lane, but you’re never going to have two people agree on that. Racing hard, running the top, he came up and we hit the fence.”

.@Blaney and @Aric_Almirola had some words post-race following their contact. No. 12 said he got fenced, No. 10 said he left a lane. Disagreed, but walked away calm and collected. #NASCAR pic.twitter.com/zl7GbgTFqJ

“A lot of people had trouble,” Blaney added. “We had our own troubles. Our damage did affect us, but it didn’t take us out of contention. Fought 400 miles and it was a good job by the No. 12 group today.”

Blaney started 13th and finished 22nd earlier this season at Richmond Raceway, where the next race of the playoffs will take place next weekend. He currently sits seventh in the standings, 20 points clear of Jimmie Johnson in 13th.