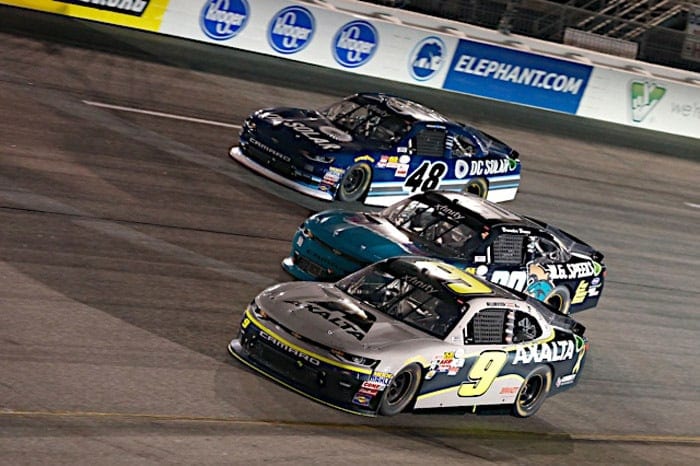 41 teams are entered for this weekend’s GoBowling 250 at Richmond Raceway, the first race of the NASCAR XFINITY Series playoffs.

A 41-car entry list means that one team will miss the race, barring any last-minute additions.

After retiring from full-time Monster Energy NASCAR Cup Series competition last year, Dale Earnhardt Jr. returns to the XFINITY series for a one-off race and will pilot his No. 88 Chevrolet. Earnhardt, who has successfully made the transition to the broadcast booth for NBC Sports, has four wins in seven starts at Richmond in the XFINITY Series.

Owner-driver Cody Lane will attempt to make his first NASCAR start in the No. 27 for the team that bears his name, Cody Lane Racing. Lane, a native of Parkland, Fla., has five ARCA starts to his credit.

Quin Houff will make his first start of the season, driving the No. 4 for JD Motorsports. One of Houff’s teammates will be Katherine Legge, who will pilot the No. 15. The British sports car driver will make her first NASCAR start on an oval. Legge has made two road course starts in the XFINITY Series this year at Road America and the Mid-Ohio Sports Car Course.

Also on the list is Matt Mills, who will wheel the No. 78 for B.J. McLeod Motorsports for the first time this season.