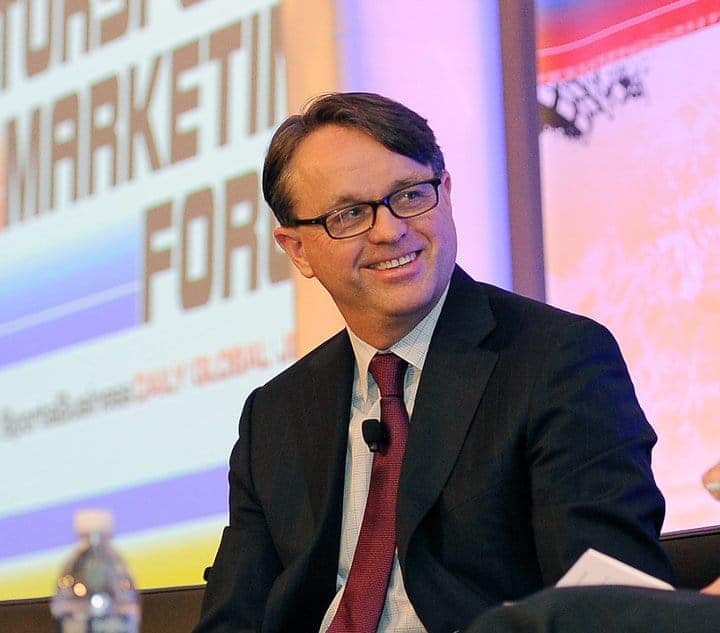 NASCAR President Brent Dewar will be stepping down from that role following 2018 and will be replaced by COO Steve Phelps, NASCAR announced Thursday, Sept. 20.

According to NASCAR, Dewar has been planning a move away from the role for about a year in order to spend more time with his family, and he will be moving to a senior advisory role within the organization.

Dewar worked for General Motors for 30 years before starting a consulting firm that often worked with NASCAR, which led to his hiring by NASCAR as the COO in 2013.

Among Dewar’s accomplishments during his time with NASCAR were creating the driver’s council, the OEM council and the charter system.

Phelps worked for the National Football League as the vice president of corporate marketing from 1990 to 2004 before joining NASCAR, becoming the chief marketing officer in 2006.

“We couldn’t be more thrilled to have Steve Phelps as our leader,” NASCAR Chairman and CEO Jim France said in a press release. “His passion for NASCAR and proven ability to work with our partners has been unparalleled over the years. We thank Brent for his service and leadership to our sport. His energy and vision have been of tremendous benefit to our employees and our industry.”

Phelps was promoted to senior vp in 2010 and later became the executive vp and chief global sales and marketing officer. This expanded his role to overseeing all media and business operations while continuing to work on the sponsorship and marketing side of the business.

In April, Phelps became the COO after Dewar was named NASCAR president.  He will assume Dewar’s role beginning Oct. 1, according to NASCAR.

“As a life-long fan of NASCAR, the opportunity to provide league-wide leadership is something I am looking forward to,” Phelps said. “I am confident that the strong team of leaders here at NASCAR and across the industry will accelerate the necessary changes to grow the sport and engage our passionate fans.”

“It has been a privilege to serve this sport these past five years,” Dewar said. “NASCAR is a close-knit family and I have been blessed to be part of a great team and industry, working collaboratively to deliver great racing for our fans. I look forward to continuing to work with the industry and the France family.”

Phelps -“The sport has never been healthier” guy

“Never been healthier”??? Why are there so many empty seats & fewer seats at many tracks? Maybe you have a different definition of ‘healthy’.

So Dewar dreamed up the nightmare charter system! ‘Nuff said about his “accomplishments”.

So whats the “nightmare” about the charter system? If you mean few or no new teams coming into the sport, I think the teams themselves would say thats great. Of course they just dont want to make their share of the pie any smaller. Other than that?