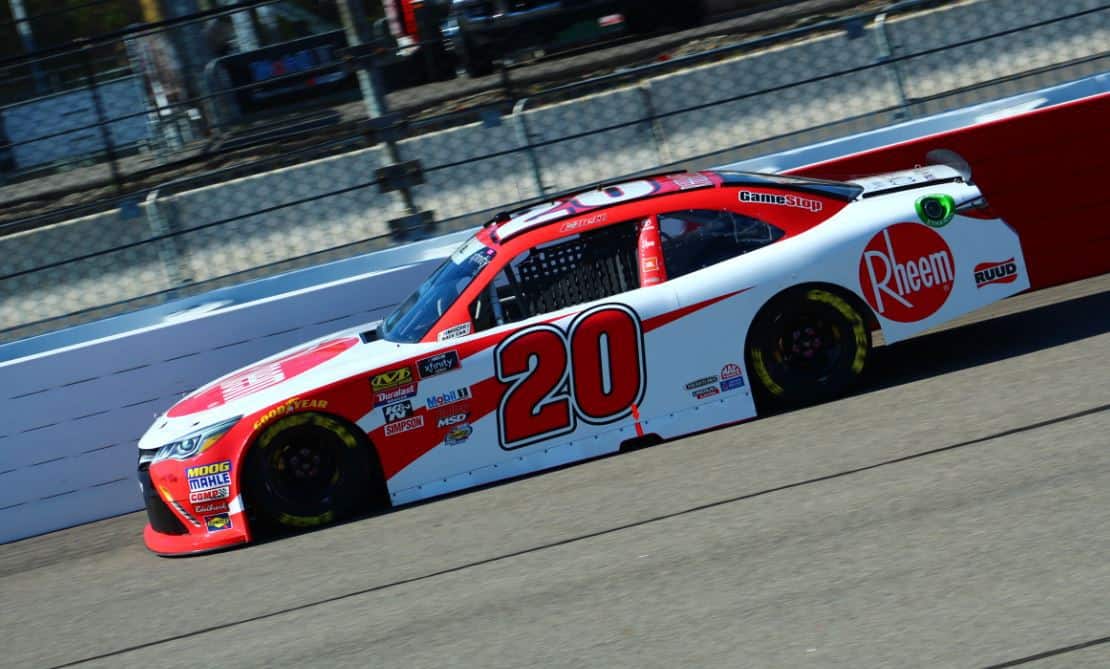 The NASCAR XFINITY Series held two practice sessions Friday morning at Richmond Raceway in anticipation for qualifying and the race later this evening.

Christopher Bell (22.341 seconds) ended up pacing the field in the first practice session. Bell, who enters this weekend second in the playoff seeding, will be looking to sweep at Richmond, having already won the spring race earlier this year.

Cole Custer (22.373) was fastest in the final practice session, which was dramatically shortened due to a rain delay. Custer’s best result at Richmond came in the spring race this year, where he sat on the pole and finished sixth.

Dale Earnhardt Jr., making a one-race comeback in the series, had a good showing considering he hasn’t been in a national touring series race in 10 months. Earnhardt was fifth on the board for the first practice session and 16th in the second, as he looks to win his fifth NXS race at Richmond to potentially cap off his career.

The first practice session was scheduled to be 45 minutes but ended five minute shy of the scheduled time.

Cody Lane, attempting to make his first start in the series with his own race team, spun exiting Turn 4 and almost hit Ross Chastain, who was right behind him. The 22-year-old Floridian withdrew from the event, meaning all 40 other teams entered will be competing in the GoBowling 250. During the ensuring red flag, rain began to fall and the green flag never came back out.

It wasn’t the only close call for Chastian, as he also tapped the wall entering Turn 3 midway through the session. There doesn’t appear to be any real damage to the car outside of cosmetic damage. Chastain ended practice with the 15th-best time.

Custer was second in the session and Brandon Jones ended up third. Ty Majeski was fourth on the board and Earnhardt finished fifth. Other playoff driver results included Matt Tifft in sixth, Daniel Hemric in seventh, Ryan Truex in eighth, points leader Justin Allgaier in 11th, Austin Cindric in 12th, Elliott Sadler in 14th, Tyler Reddick in 17th and Ryan Reed in 19th.

The second practice was just a seven minute sprint after track drying delayed the start for over 40 minutes. Hemric finished second in the session, as many drivers went out and ran as many laps as they could in the curtailed session.

Chastain improved to third and Truex ended up fourth. Shane Lee rounded out the top five. Playoff driver results outside of the top five included Allgaier in sixth, Tifft in seventh, Sadler in eighth, Reddick in 10th, Bell in 11th, Jones in 12th, Cindric in 14th and Reed in 20th.