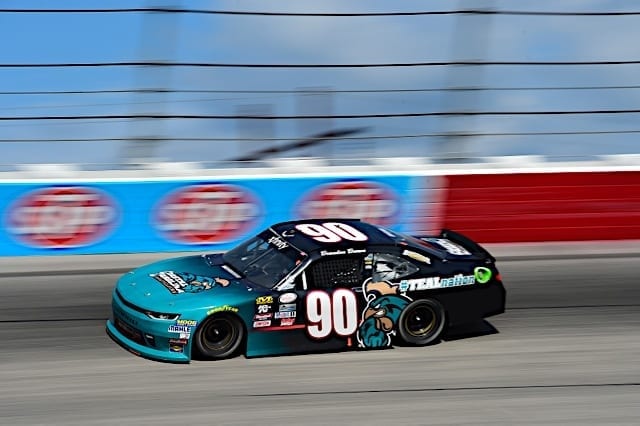 After years of running a partial NASCAR schedule, Brandonbilt Motorsports will be going full-time in the XFINITY Series in 2019.

Since the team’s inception in 2014, Brandon Brown, 25, has been the team’s primary driver between the XFINITY and Camping World Truck series.

“I’m super excited,” Brown told Frontstretch at Richmond Raceway. “Getting to run the full season and getting to go out to the tracks out west, the tracks we’ve never been to, I’m very pumped about that and to be in the seat. I will be in the seat a lot more next year than I was this year. I will get to do what I love for a little bit.”

This season, Brown has competed in four races with a best outing of 18th at Darlington Raceway. Brandonbilt Motorsports has also fielded the No. 90 machine at Watkins Glen International with Brian Henderson behind the wheel. At Richmond this weekend, Mason Diaz is in the car.

BMS will have a new “state-of-the-art facility” for 2019, based out of Fredricksburg, Va.

Brown stated the team has been working on this since making its Truck Series debut in 2014. Currently, the plans are to split the ride between three drivers — Brown being one of them. The other two drivers are not yet determined.