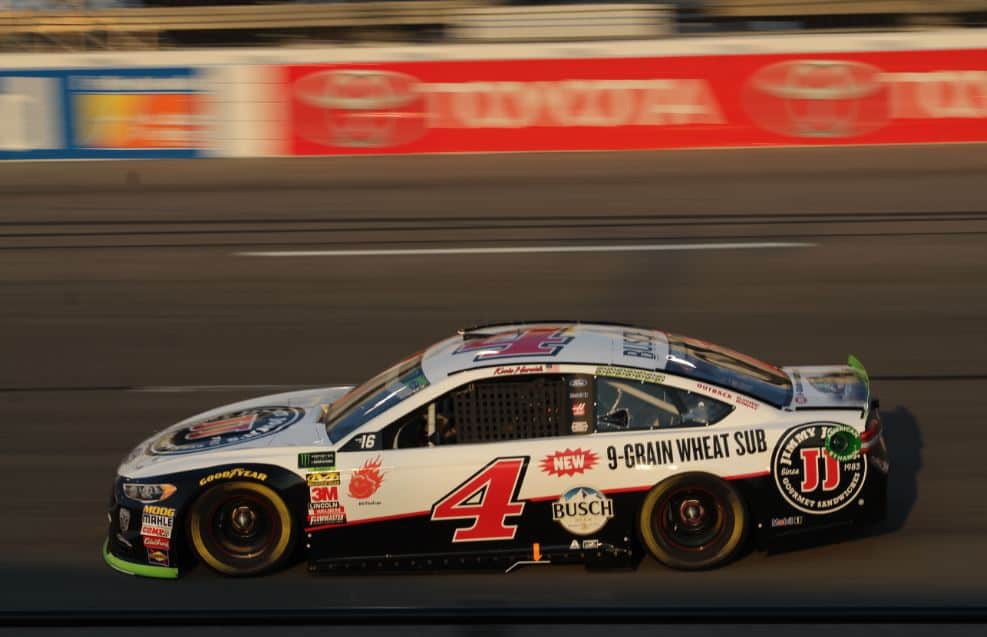 Kevin Harvick will start the 61st annual Federated Auto Parts 400 from the pole position, after speeding through a lap at 121.880 mph around Richmond Raceway.

It’s the 24th pole of Harvick’s career and his third of the season. The 2014 Monster Energy NASCAR Cup Series champion will be looking to avenge his disaster of a race last week, where he finished second to last after a tire failure took him out of the first race of the playoffs in Las Vegas.

Starting second will be Denny Hamlin, who enters his home track of Richmond still searching for his first win of the season. Hamlin has an average finish of 3.7 in the past five Cup races at Richmond and has won three Cup races at the short-track in the past.

Martin Truex Jr., who has never won a short track race at the Cup level, will start third. Ryan Blaney will begin Saturday night in fourth, while Daniel Suarez was the best non-playoff driver in qualifying in fifth.

The other playoff drivers in the top 12 include Kurt Busch in sixth, Aric Almirola in seventh, Brad Keselowski in eighth, Erik Jones in ninth, Kyle Larson in 10th, and Kyle Busch in 12th. The six other playoff drivers on the grid will be Joey Logano (13th), Alex Bowman (14th), Chase Elliott (19th), Jimmie Johnson (22nd), Clint Bowyer (25th) and Austin Dillon (28th).

There was only one incident in qualifying. Kyle Busch made contact with the wall on the frontstretch in round one, and the No. 18 seemed to lose its top five quality speed it had in the first round in the last two rounds. Suarez was the fastest driver in round one and round two.

The green flag for the Federated Auto Parts 400 is scheduled to fly at 7 p.m. EST on Saturday night.