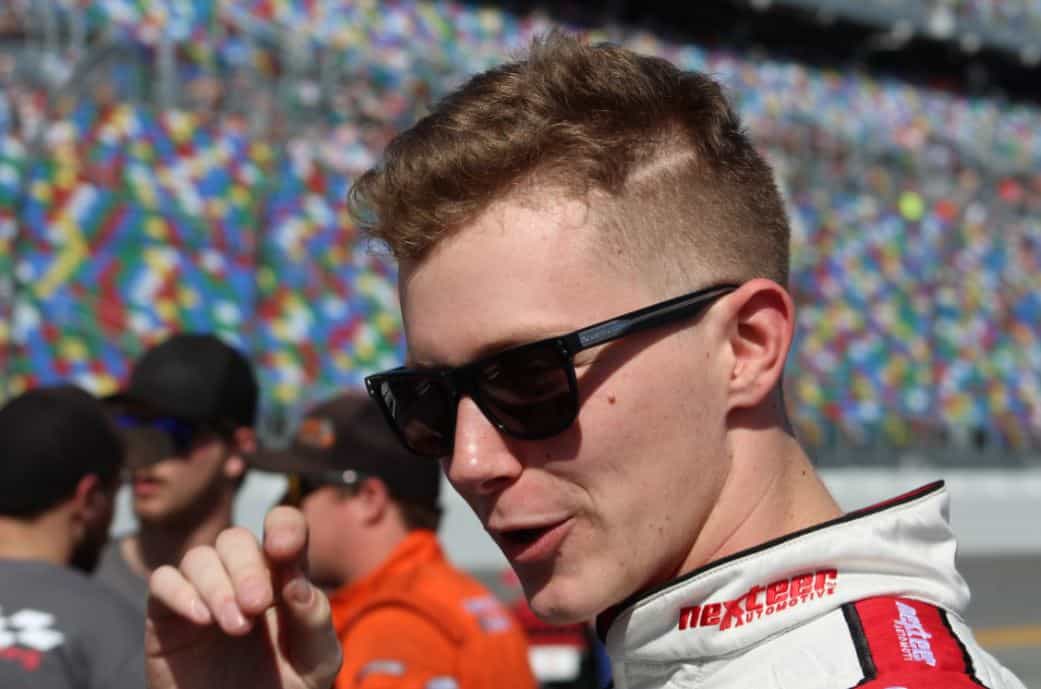 With 14 laps remaining, it looked like Matt Tifft would etch his name onto the list of NASCAR XFINITY Series winners for the first time.

His No. 2 Richard Childress Racing team had a stellar pit stop, gaining three spots catapulting Tifft into the lead for what would be the final restart. But after being bypasses by eventual GoBowling 250 race winner Christopher Bell on said restart, the Hinckley, Oh. native fell back to fifth, where he eventually finished.

“I felt like we had the chance to compete for a win,” Tifft said post-race. “I don’t know if we could’ve closed the deal. Our car was so good on long runs but the short run speed was where we struggled a little bit. Thanks to Anderson’s Maple Syrup everybody on this car. It was a good start to the playoffs and if we bring this evert week it’ll be a good run for us.”

The fifth top five and 14th top 10 finish for Tifft didn’t come without a hurdle to overcome, though. For the second time this season, he had a flat tire leaving pit road as the jack dropped, forcing him to give up his top five spot to come back for repairs.

“I don’t know how in the world we’ve gotten that deal to happen twice this year,” Tifft said of his misfortune. “We’ve dropped the jack twice and the left front has gone flat. We’d like to stop doing that, that’s for sure. But it was a great rally by our group to get back into the top five. They’ve been killing it the last few weeks. They’ve gotten us a lot of spots. They’re doing one hell of a job down there. They’re making up spots for us, which makes things easier.”

The fifth-place result came after he finished fourth at Richmond earlier this season. Before his 36th-place result last weekend at Las Vegas Motor Speedway, he had finishes of sixth (Indianapolis), eighth (Darlington), second (Road America), 10th (Bristol) and fourth (Mid-Ohio).

Great run tonight by our @AndersonsMaple team. We will keep digging but a great start to the playoffs with a top 5! #Rally2gether pic.twitter.com/z3M5YMgf92

Tifft says his hot streak has gone a bit under the radar, which he’s fine with.

“I feel like the last couple months here, we’ve been able to put together runs like these,” he said. “They just haven’t gotten the full attention. We’ve been knocking on everybody’s door. We’ve just gotta keep doing this and plugging away. I don’t care if we’re the dark horse or whatever, but we’re here to compete. We can do this week in and week out, we just have to keep this mentality.”

Tifft will look to continue his hot start to the postseason with a solid finish next weekend at the Charlotte Motor Speedway ROVAL, where XFINITY teams will have an open practice session on Thursday ahead of the Saturday race.

“The road courses this year have been a really strong point for us,” Tifft said looking ahead to the ROVAL. “Mid-Ohio we got a top five. Road America we got a stage win and a pole and I finished second there. We just need to be able to do that. It’s going to be crazy, I can guarantee that one way or another. But I think if we can stay in the top three there that’s going to make your day a whole lot easier. But that’s easier said than done.”

He currently sits in sixth place, 12 points ahead of the cutoff on the XFINITY Series playoff grid.

“The 21 (Daniel Hemric) and us were two of the top five,” Tifft said of competing with the big wigs of the series for race wins. “We have good speed and today we both showed we have really good long run speed. We just gotta be able to do that every single part of the weekend. Today our qualifying wasn’t where it needed to be, so there’s a couple things we need to step up on. But we’ll go back to the shop and work on them. There’s no reason we can’t compete with (JGR and JRM).”