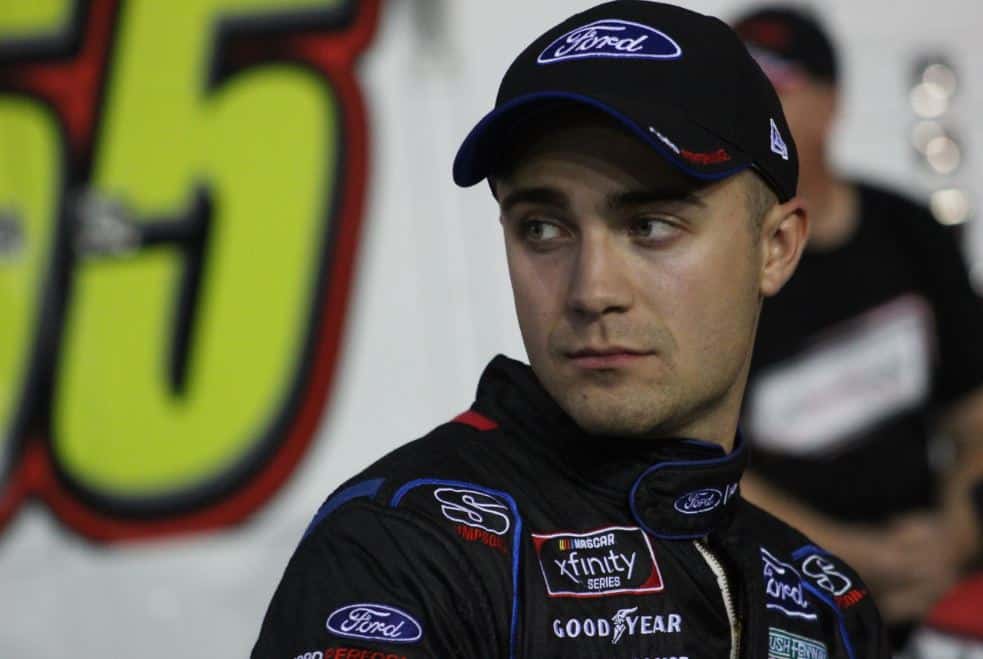 The No. 60 XFINITY Series car might as well have caution tape on the corner panels next week at the Charlotte ROVAL. That Ford has been torn up in 2018.

Following a vicious accident with Chase Briscoe behind the wheel one week ago at Las Vegas, Ty Majeski suffered a head-on blast with the inside wall Friday night (Sep. 21) at Richmond Raceway, walking away unhurt.

Standing as the Roush Fenway Racing car’s 11th DNF and 23rd accident of 2018, it wasn’t much better for Majeski, who has now accounted for four of those DNFs.

With only one finish higher than 22nd in eight starts, frustration hit a tipping point following the backstretch accident. Especially when it’s your teammate Ryan Reed who did the damage.

“We were racing hard a few laps before that,” Majeski said. “He was a little better than me so I let him by. We were just racing hard for position, I ran him down from quite a ways back, got underneath him.”

From there, Majeski was turned into the inside wall and his night was done in the 34th spot.

Immediately following the accident, Majeski exclaimed over the radio, “Are you kidding me? The No. 16 hooked us.”

After a few minutes to ease the tension and watch the replays, Majeski was more frustrated with the team’s luck in 2018 then the run-in with teammate Reed.

“I didn’t know we were three-wide,” he said. “It’s disappointing we had to race that hard as teammates. Overall, we had a decent run going with the No. 60 Mustang.

“It’s super frustrating because we want to give everyone at Ford and RFR a good run. It didn’t end the way we wanted. The No. 60 just hasn’t had the finishes it deserved. We wanted that and we didn’t get it.”

With all the teammates wrecking one another this year, it looks like it’s time for team orders, like the Formula 1 teams have.