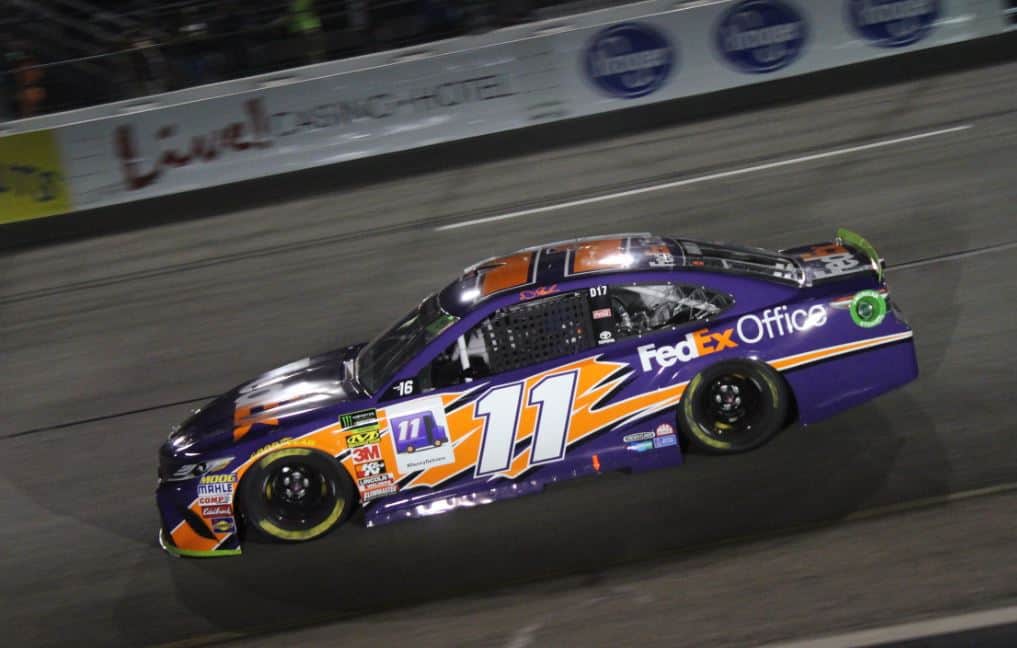 Richmond Raceway was not kind to Chesterfield, Va. native Denny Hamlin on Saturday night (Sept. 22), and now the Monster Energy NASCAR Cup Series veteran is even further below the Round of 12 cutline.

Hamlin finished one lap down in 16th in the Federated Auto Parts 400 at his home track after a night of bad luck and struggles. After crashing out of the Round of 16 opener at Las Vegas Motor Speedway last weekend, Hamlin dug his point deficit deeper by finishing as the third-worst playoff driver.

The 31-time Cup winner is now 29 points below the cutline for advancing to the next round. While it is possible for him to make up those points, it will likely take a win at the Charlotte Motor Speedway ROVAL next weekend for Hamlin to advance.

“I probably needed to go out there and win, but I told you after [Indianapolis Motor Speedway] I’m not worried about the playoffs,” Hamlin said. “I’m just worried about running better.”

While Hamlin was scratching and clawing just to get a top 20, his Joe Gibbs Racing teammate Kyle Busch won the race at Richmond, his seventh win of the season. Hamlin, who has won every season of his Cup career, has not found victory lane with only eight races remaining on the schedule.

“With my teammate winning and us just running like a bag of shit, it’s just disappointing really,” Hamlin said.

The race posed as one that could turn Hamlin’s season in the right direction. He has three wins in the past at Richmond and started the weekend by qualifying in second.

But once the green flag dropped, Hamlin started dropping like a rock. He was still in the top 10 when Ricky Stenhouse Jr, who had much fresher tires due to a differing pit strategy, ran into the back of Hamlin at the exit of Turn 4 on lap 51. Hamlin turned completely sideways on the track but caught it and kept going.

He said the incident with Stenhouse didn’t affect his handling, but he had to pit a few laps later under green flag for tires. The fresh tires led to the lone bright spot of Hamlin’s day. He raced past the leader to get the lap back he had lost on pit road and drove through most of the field, finishing stage one in ninth.

From there, Hamlin’s day only got worse. He sank back to 15th in stage two.

When it came time for the last pit stop of the night, Hamlin and a few others short pitted to try to gain time on the leaders with fresh tires. But not long after the stop, Jeffrey Earnhardt spun into the wall from contact with Matt Kenseth.

It was the second time in the last three races that an Earnhardt wreck hurt Hamlin’s race. He was riding off into the sunset to win the Brickyard 400 two weeks ago at Indianapolis when Earnhardt and Landon Cassill wrecked to bring out a late race caution. Hamlin ultimately lost that race to Brad Keselowski.

This time, the wreck trapped Hamlin two laps down. He got one back with a wave around but could never get the other lap back. He was the third highest finisher one lap down.

“We were just bad all day. It just seems like once we get in a race trim, we can’t get the car to do anything that it’s supposed to do,” Hamlin said. “I can make it go fast for a lap in qualifying. It just will not do the things it’s supposed to do around a racetrack, and when I watch the [No.] 18, it’s doing it successfully. It’s just really disappointing.”