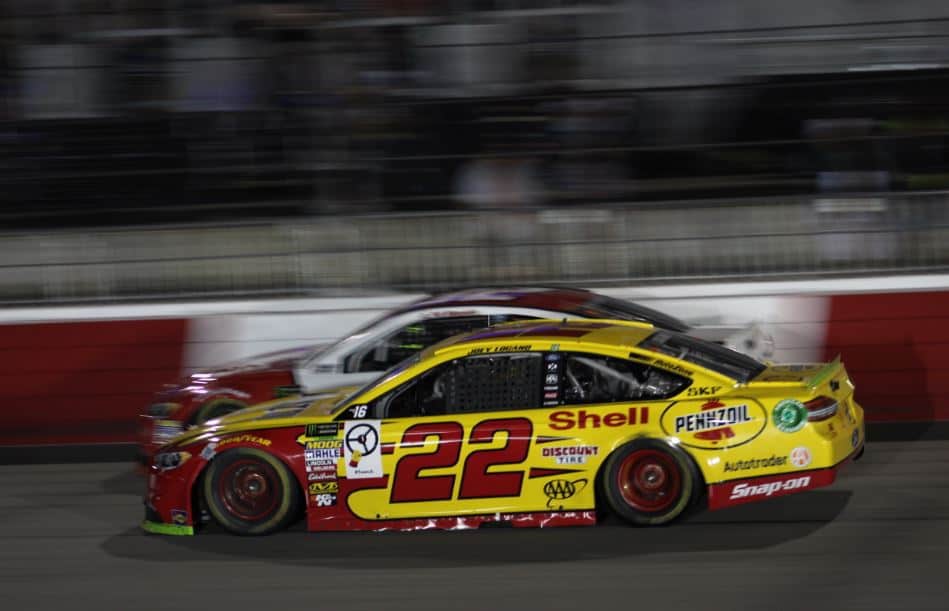 Any time you finish 14th in a Team Penske machine, it’ll likely be a downer of a day no matter the track, however, the 0.750-miler has been a happy place for Logano in his career. The No. 22 came into the weekend with nine consecutive top-10 finishes at Richmond, a streak that included two wins and 282 laps led.

And though teammate Brad Keselowski again contended for the win, Logano was hardly a factor.

“We need to do more catching up than the No. 2 does,” Logano said. “They seem to be quicker than us right now. I don’t think we’re far back, we’ve caught up with them, we just have to catch the gap to our teammate.”

Keselowski didn’t get the win on Saturday, as the Big Three squeezed by to finish 1-2-3, a sweep led by Kyle Busch. Logano was beyond a winning night, finishing 14th, one lap down.

“Tonight, the No. 78 [Martin Truex Jr.] was really fast,” he said. “I don’t know what happened with the No. 18 [Busch] at the end but being around them tonight, they looked good tonight.”

Like most of 2018, mistakes are tougher than ever to come back from if you’re outside the top three of Truex, Busch and Kevin Harvick. For Logano, ending up outside the leader’s pit cycle ended his chance at a bounceback.

“You can’t afford to make a mistake like we did tonight,” he said. “That is going to cost you because you don’t have a chance to recover.”

Why didn’t Logano get his chance? That came in the hands of the flagman, who waved the yellow flag once for on-track incident across the 400-lap race. In fact, the three cautions (two for stage breaks) tied the least in Richmond history since 1982.

“There are tracks that are like that,” he said. “A lot of times when you go to high-wear tracks, it lends itself that way. There was a lot of room to race and move around. People were trying to save tires, people driving the racetrack more than other cars. That makes it to where there are a lot of green-flag runs.”

Another reason for the clean night stood at the back of the field, said Logano.

“Not as many, for lack of better words, junker cars out there that used to blow up, blow tires,” he said. “Those cars aren’t out there anymore. That’s where a lot of your cautions used to be generated from. That’s the nature of the beast. I don’t think it’s wrong.”

With the Charlotte ROVAL one week away for the 16-driver playoffs, Logano will enter the track’s debut elimination event 25 points above the cutoff.

“We need to keep the fenders on the car,” he said. “I’m saying the same thing everyone is saying but you have to not crash. That’s going to be easier said than done. We have to make sure we qualify up front, score some stage points. That’ll put us in a decent spot.”