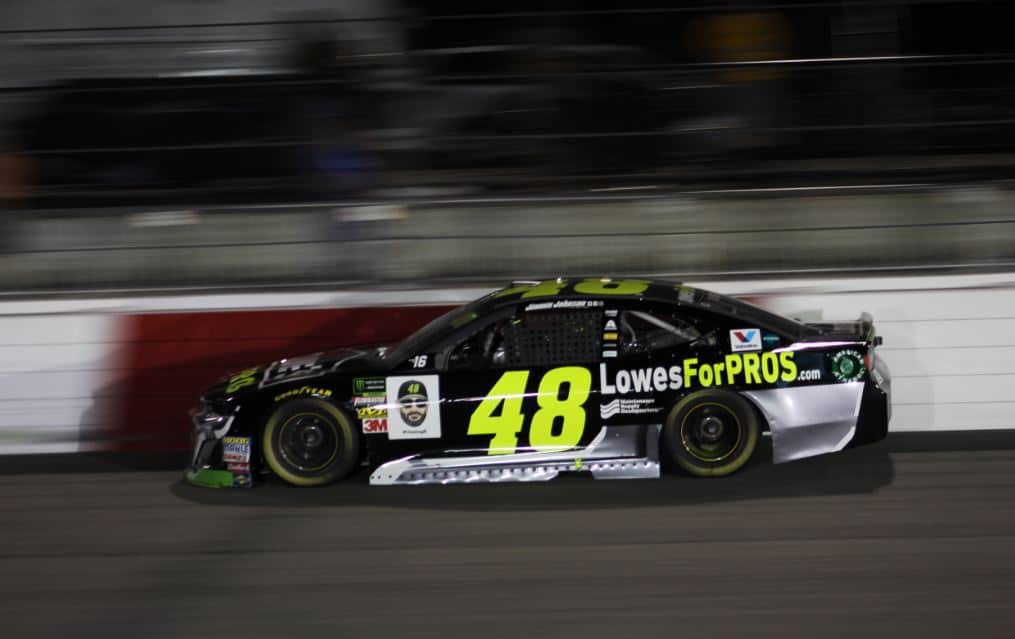 Jimmie Johnson finished eighth in the Federated Auto Parts 400 at Richmond Raceway on Saturday night (Sept. 22). It doesn’t sound like that impressive of a result for the seven-time Monster Energy NASCAR Cup Series champion, but his fight to get that result might be what keeps his playoff hopes alive.

“[We] overcame a lot tonight,” Johnson said. “Finished [eighth], so not a bad night.”

Johnson started the race in 21st and raced his way up to 12th by the end of stage one. But he got caught speeding on pit road during the stage break and had to go even further back than where he started.

The future Hall of Famer fought his way back through the field for a second time, ending stage two in eighth.

“There was a lot of racing left so we just worked through it,” Johnson said. “Unfortunately, it happened, but not a bad night.”

Johnson battled hard with the people around him to stay in eighth. At one point, he and Kyle Larson bumped a few times before they slammed doors on the backstretch late in the race. He held off Larson to hold onto the eighth position, and that extra point could prove critical. He leaves Richmond six markers below the cutoff line for the next round.

“I came from the back three times, four times,” Johnson said. “Some runs were better than others. I thought we could have been just inside the top five. [It was] at a track that’s not my best. I think that’s a good sign.

“Good run last week, good run this week. We’re getting there. To get inside the top 10 today is a respectable finish.”

Johnson has one more race to try to get back into the top 12, and it is the ultimate wildcard of 2018: the Charlotte Motor Speedway ROVAL. In what will be NASCAR’s first weekend on the track’s road course and the constant crashes that occurred during the testing at it, the race figures to be filled with unpredictability.

“I have as good a chance as anybody [at the roval],” Johnson said. “I don’t think any of us have a real good idea of what to expect over there.”

Johnson said his strategy for next week will be to survive.

“It’s a hard enough lap to make on your own without any other cars out there,” Johnson said. “Practice will be a big eye-opener for what we have in store.”

A solid night for us. After all of that we are still on the outside looking in. I never thought I would say this but… Bring on the ROVAL!#Chasing8