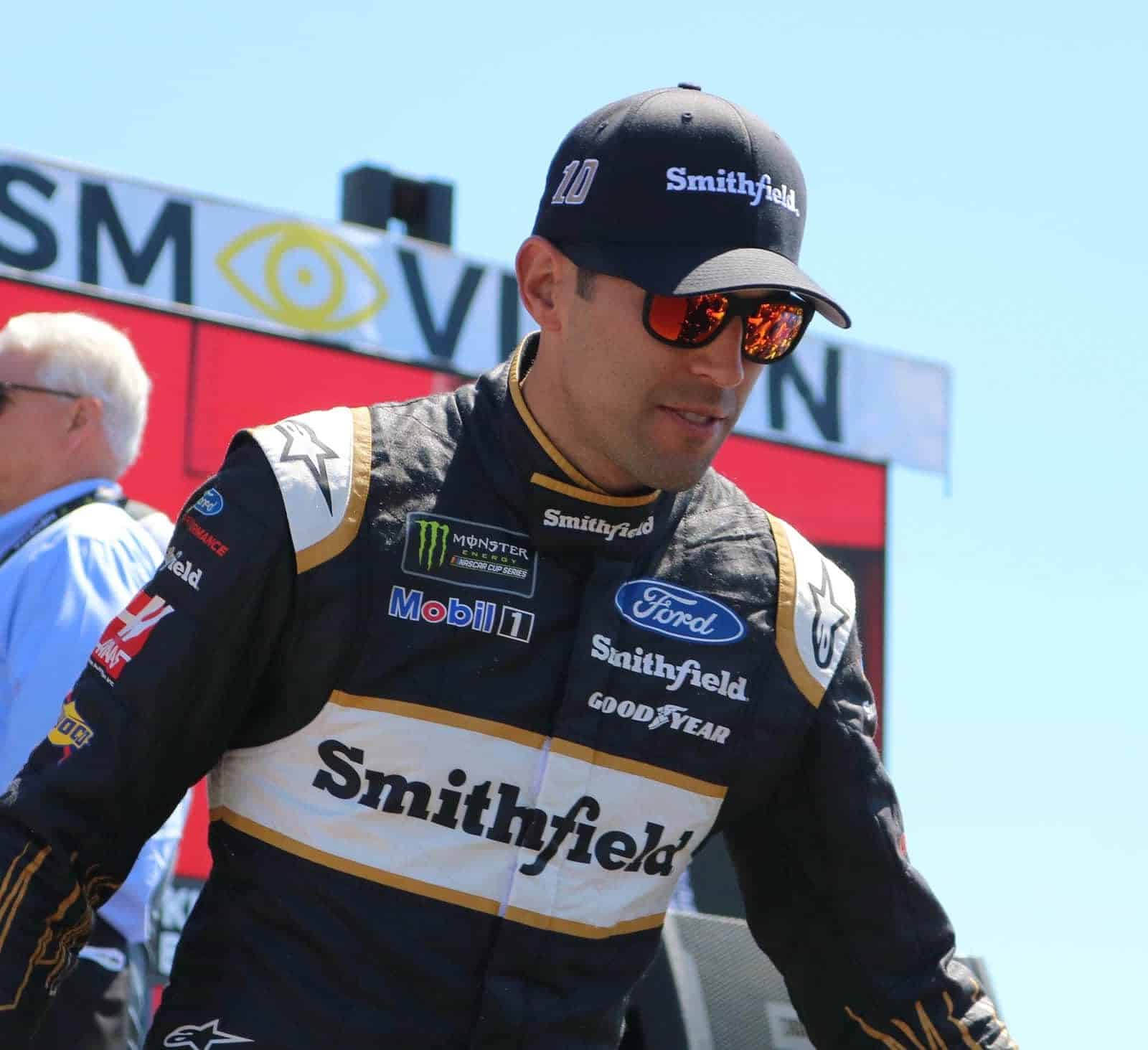 Two races into the 2018 Monster Energy NASCAR Cup Series Playoffs, Aric Almirola’s performance is the biggest positive surprise.  After getting through a chaotic race in Las Vegas unscathed, Almirola earned a fifth-place finish Saturday night at Richmond Raceway.  That finish, coupled with a sixth-place run last week, has lifted Almirola to sixth 0n the playoff grid.

Richmond is just the latest chapter of what is easily the best season of Almirola’s career.  He immediately clicked with the No. 10 team of Stewart-Haas Racing and battled his way into the playoffs for the first time in four years.  While he has not won a race this year, Almirola has already doubled his top 10 total from 2017, and he is likely headed toward the best points finish of his career.

It was never a given that the Almirola/SHR pairing would be a success.  While he showed flashes of brilliance with Richard Petty Motorsports, Almirola was never a weekly contender for wins.  Stewart-Haas had been steadily expanding over the last few seasons, but the organization struggled to get all of its teams to be fast enough to reach the playoffs.  When Almirola’s rumored move to the No. 10 became official, no one was sure if he could be the kind of driver who could step up and make SHR a more complete team.  So far, the move has paid off.

The question now is just how far Almirola and the No. 10 team can go in their first year together.  Given what we have seen in the playoffs so far, is it time to start taking Almirola seriously as a championship contender?

As good as his playoff finishes are, Almirola still has not found enough speed to fight for wins on a regular basis.  He is definitely closer to the front of the pack most weeks than he was in the No. 43 car.  But the foundation of Almirola’s success this year has been grinding out enough decent finishes to offset the bad ones.  Race winning-caliber performances have been few and far between.

For instance, Almirola’s top five on Saturday is only his second top-five finish of the entire season.  His other top-five result is a third-place finish at New Hampshire Motor Speedway.  In that race, Almirola led 42 laps and looked like he had a legitimate shot to win.  But the only other event this year where he led a substantial number of laps was at Chicagoland Speedway, where a loose wheel doomed him to a mid-pack finish.  And of course, Almirola came about one mile shy of winning the Daytona 500 before getting turned while racing for the lead.

As long as NASCAR insists on a playoff field for the Cup Series with 16 drivers, there are always going to be some drivers who sneak into the postseason without any wins or a lot of top fives.  This year it was Almirola, Alex Bowman, and, shockingly, Jimmie Johnson.  That is not intended to be a knock on any of those drivers.  Under NASCAR’s rules, they were good enough to make the playoffs.

The trouble is that Almirola entered the postseason with only one playoff point, via a stage win at Chicagoland.  Additionally, while the pairing of Almirola and crew chief Johnny Klausmeier has improved the No. 10 team’s performance, they have not kept pace with their SHR teammates.  Kevin Harvick remains one of a few elite title contenders, while Kurt Busch and Clint Bowyer have both won and led nearly 500 laps each, compared to 116 for Almirola.  That lack of winning speed, and just one top 10 in the six races leading up to the playoffs, suggested that Almirola was due for an early exit from the championship battle.

Of course, Almirola has since turned the tables.  Heading into the final race of the first round at Charlotte Motor Speedway’s Roval configuration, he is 23 points above the cutoff.  That is not a completely secure cushion; a finish below 30th with no stage points would put Almirola in serious danger of elimination.

But being sixth in points, there are a lot of drivers closer to the cut line who should be more worried than him.  They include Busch, who is eight points behind Almirola, as well as Bowyer, the first driver who would be eliminated.  Johnson stands two points behind Bowyer, with Erik Jones and Denny Hamlin 21 and 29 points below the cutoff respectively.  Next week’s race certainly has the potential to knock out drivers who might have been capable of advancing further in the playoffs than Almirola.

If Almirola gets to the second round of the postseason, he stands a fighting chance at moving on.  While Dover International Speedway will be a significant hurdle, Almirola currently has a streak of four straight top 10 finishes at Talladega Superspeedway.  If he can go into that race thinking of it as an opportunity to gain points instead of losing them, he will at least have a mental edge on a lot of his competitors.  As for Kansas Speedway, Almirola has finished ninth in his last two trips there, though the two races before that resulted in finishes worse than 35th and one frightening crash that left him with a back injury.

Either way, Almirola’s playoff fortunes depend on how well the No. 10 team converts top-10 days to top-five finishes or better.  Sooner or later, his lack of playoff points is going to make it very hard for him to advance.  Almirola will eventually reach a point in the playoffs where he must count on top five speed each week, if not a win.  Getting to the third round of the playoffs looks like his absolute best-case scenario at this point.

That said, having this conversation about Almirola in the first place reflects what a good year it has been for him.  No one was really sure what to expect from his move to Stewart-Haas, and he exceeded most of those expectations by making the postseason.  Being on the doorstep of the second round is great for the No. 10 team, and anything beyond advancing to the second round is gravy.

Almirola is still a longshot for the championship, but he may have a few more surprises in store for the playoffs before they are over.

“While (Almirola) showed flashes of brilliance with Richard Petty Motorsports, Almirola was never a weekly contender for wins.”

Quick… name all the drivers for RPM that were weekly contenders for wins over the last 20 years.

I’m not saying Almirola is a threat to win the championship, but if he catches fire, and if one of the major contenders gets eliminated, he could make it to the final round, and then who knows what might happen?