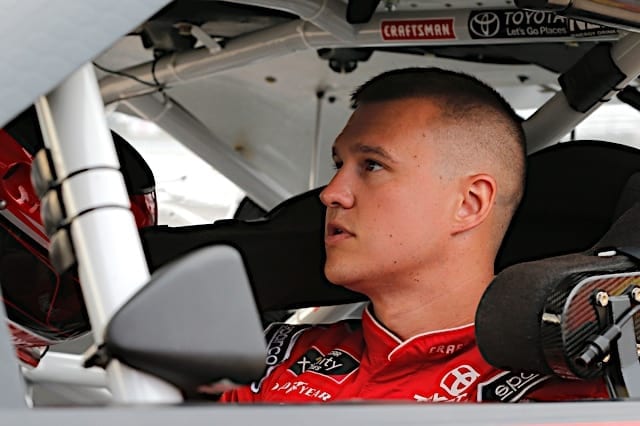 Preece finished 18th at Richmond in Friday’s XFINITY Series race before driving north to New Hampshire, where he competed in the Whelen Modified Series race. He was battling for a win but finished fifth.

JTG Daugherty Racing announced on Tuesday that AJ Allmendinger would be released from the No. 47 ride following the 2018 season. Over the past few months, Preece’s name has been on the rumor mill of moving to JTG, and though he says they are just rumors, it’s “cool” to have his name mentioned for Cup opportunities.

We then discussed the significance of Dale Earnhardt Jr. performing well in his NASCAR return on Friday, including having a shot at the win until a late-race caution. JR Motorsports was also in the news on Tuesday, announcing it had signed on Noah Gragson to drive the No. 1 Chevrolet in 2019. But is he ready?

Frontstretch reported over the weekend that Ryan Newman will be moving to the No. 6 next season. Is that a good fit as Roush Fenway Racing has been struggling over the past handful of seasons?

Finally, we talk some Cup racing, previewing the ROVAL, while mentioning who has been the biggest disappointment of the playoffs thus far. Denny Hamlin is definitely toward the top of the list.