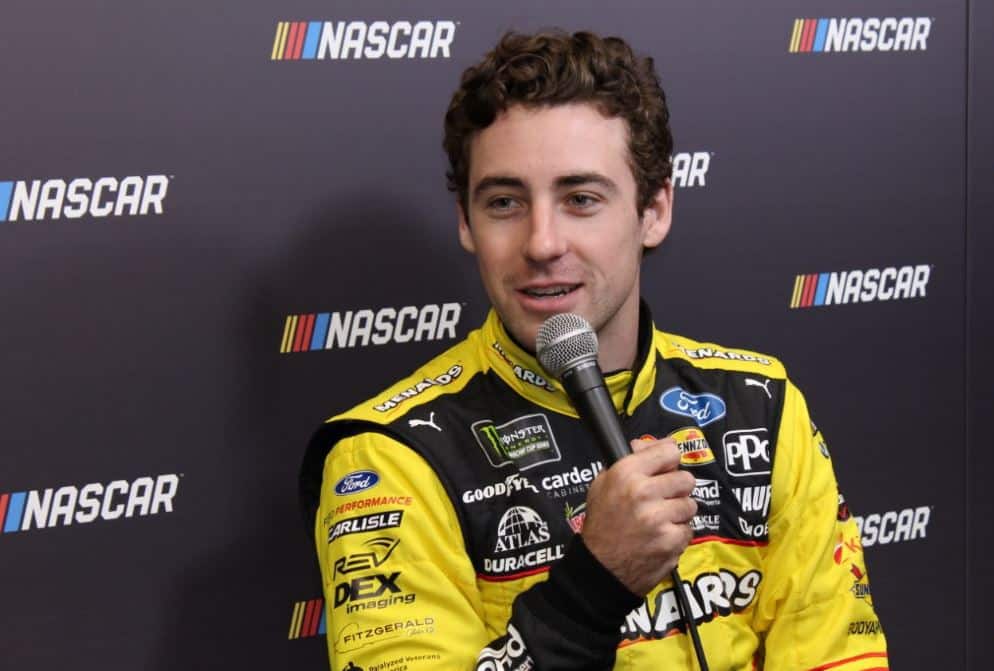 So… about that younger generation that’s taking NASCAR by storm… yeah.

That, well, didn’t happen this year. And it might’ve been a surprise to everybody besides the drivers themselves.

Leading into the 2018 Monster Energy NASCAR Cup Series season, nearly all the hype was surrounding the next wave of talent. Chase Elliott. Ryan Blaney. Bubba Wallace. Erik Jones. Daniel Suarez. William Byron. Combined, they entered 2018 with one victory in the Cup Series, while Elliott, Suarez and Byron all had XFINITY championships on their resume.

But let’s cut to the chase: the young guns have disappointed in 2018.

Don’t get me wrong; Elliott’s victory at Watkins Glen International will wind up being one of, if not the biggest, moments of 2018. After all, he’s a heavy favorite to win the Most Popular Driver award. And Jones’ triumph at Daytona International Speedway in July after seemingly half the field wrecked out was a nice moment for the Byron, Mich., native as well.

But largely overshadowed by the lack of performance of those aforementioned drivers has been the overwhelming domination by Kevin Harvick, Kyle Busch and Martin Truex Jr. You can go ahead and loop Brad Keselowski in with them now, too.

When those four drivers are winning over half the races, it’s no wonder why other drivers, especially relatively inexperienced ones like Elliott, Blaney, Suarez, Wallace and Jones, aren’t finding Victory Lane as much as they were expected to.

But who expected them to? To a certain degree, you could argue the media, as well as the sanctioning body itself, did. And still do.

However, riddle me this. Go up to people on the street and ask them to name one current NASCAR driver. After they say their typical, “uhhhh, Dale Earnhardt Jr.? Tony Stewart? Jeff Gordon?,” I’ll bet you their first answer won’t be Elliott or Blaney.

I’m by no means saying that if Harvick, Busch and Truex were marketed more prior to the start of 2018, more butts would be in seats, ratings would be up and overall interest would increase. I’m just saying that when your winners are at the forefront of marketing campaigns, doing Snapchat and Instagram takeovers and, well, winning, it makes more sense.

The Glass Case of Emotion podcast is great; I listen to it every week, and it’s a NASCAR production. Blaney is a host on the show, and for good reason, it gets a lot of publicity. Who else has a weekly show? Harvick does. It’s broadcast through SiriusXM, hence why it doesn’t get as much attention on, say, NASCAR.com or various social media channels.

As for the others? It’s hard to expect consistent results from Wallace in the No. 43; that equipment is just not capable of running top 15 every single week. Suarez, though, is a different story. He’s been in Joe Gibbs Racing equipment his entire Cup career and hasn’t performed like he has a top-tier car on his hands. He’s come close, but compared to his more experienced teammates, he has a long way to go.

And for the Monterrey, Mexico, native, that task may get a little harder next season, as signs point to him being ousted in favor of Truex at JGR and possibly heading elsewhere. Jones’ ride seems to be safe, and he had a hell of a hot streak entering the playoffs. Elliott, Blaney, Byron and Wallace all have a spot in the top series for many, many years to come.

Throughout all of their careers, they’ve won at every level. For some, it took some time. For others (like Byron), it took almost no time at all.

Heck, this is the first time in Byron’s brief racing career that he doesn’t have a shot to win the championship in the series in which he’s competing full-time.

Let that sink in for a moment. That’s crazy! But things like these take time. As does building up a fan base.

NASCAR isn’t going to transform itself overnight. Or in a year. Or in five or 10 years. Nobody knows how and when it will. These young drivers will garner themselves some positive coverage including winning sooner rather than later.

Unfortunately, it just hasn’t been that way this season.

Can’t blame the car or lesser equipment for all the times Bubba spins himself out or flat out wrecks himself. Wonder how long he can keep a ride with no company willing to sponsor him. Maybe NASCAR is slipping money under the table to Richard to keep the diversity driver around. Surely NASCAR knows Bubba s father is white.