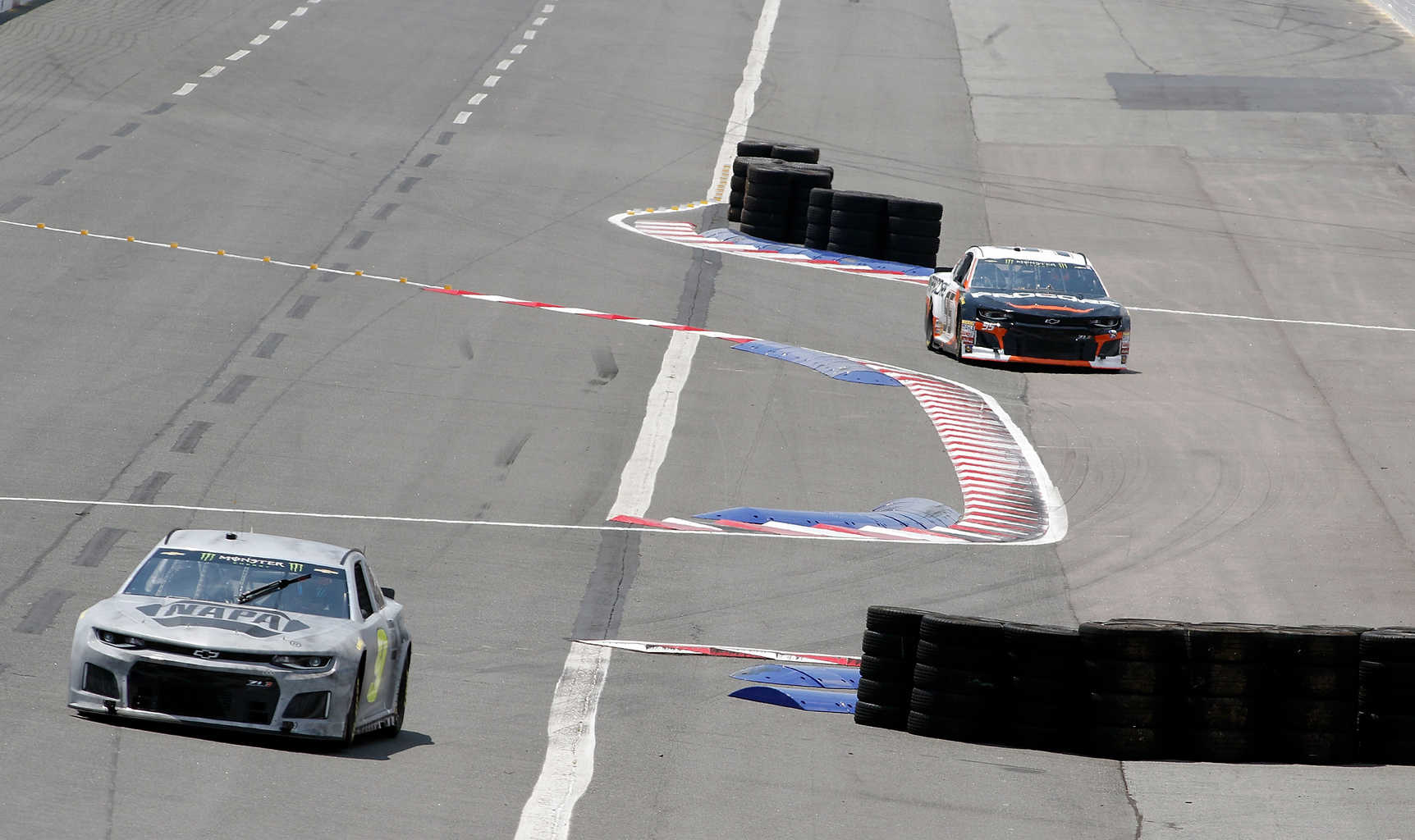 Kyle Busch’s victory on Saturday at Richmond was his 50th career Monster Energy NASCAR Cup Series win. Realistically, with how many wins can Busch end his Cup career?

Christian Koelle: 85-95 victories are possible for Kyle Busch. He could get to roughly right under David Pearson, and who knows, he could pass Pearson and be right below Richard Petty. I don’t see him passing the Petty at least on Cup Series victories, but he will probably pass him in all-time victories.

Wesley Coburn: Busch will end up with a Cup total of around 90-100 wins, because he will slow down as Chase Elliott, Erik Jones and Ryan Blaney gain more confidence (and drivers like Kevin Harvick retire). He will have around 250-260 total wins across all three national series, due to restrictions on Cup drivers racing in the XFINITY and Camping World Truck series.

Kevin Rutherford: What’ll help him is that he’s one of those rare drivers these days who actually feels like a lifer in the sport, someone you figure will be driving for the long haul. Jeff Gordon, Dale Earnhardt Jr. and the like stuck around for a while, but they still retired in their 40s, and guys like Harvick and, shoot, even Busch’s brother Kurt probably aren’t far behind. But barring a serious injury, Kyle Busch just doesn’t seem like the type who’s going to give up Cup — that is, until he absolutely has to. He’ll snag another 40, maybe 50.

Zach Gillispie: Busch has easily 30 more wins in him. At the end of his career, Busch will be up right up around fourth on the all-time win list, somewhere around Cale Yarborough, Bobby Allison and Darrell Waltrip. However, if he continues on his current pace, he could end up second on the list if he continues to race for the next few decades.

Christopher Bell’s win on Friday to open up the XFINITY playoffs put him back in a familiar position this season: Victory Lane. With the summer stretch behind the series, is he the favorite to hoist the hardware at Homestead-Miami Speedway, or is it Justin Allgaier?

Koelle: Christopher Bell is. It’ll be more interesting to see how the remaining two spots behind Bell and Justin Allgaier will be filled. Matt Tifft has really made a run lately, and Austin Cindric is flying under the radar.

Coburn: Bell’s still my NXS championship favorite, and I don’t see how Allgaier won’t be in the mix at Homestead. As for the other two drivers going for the title, they’ll be Daniel Hemric and Cole Custer.

Gillispie: A few weeks ago, I said Allgaier was the favorite to hoist the trophy at Homestead. However, Bell opened up the playoffs with a statement win. Both drivers have been incredibly consistent and very competitive, so it’s very hard to pick a favorite. I still say Allgaier has a very, very slight advantage, due to his significant experience compared to Bell.

Rutherford: Nah, it’s still Allgaier. It’s tough to imagine Bell not in contention at Homestead, sure, but it remains Allgaier’s championship to lose.

The Charlotte Motor Speedway ROVAL this weekend brings a host of unknowns, especially for the bottom four drivers on the playoff grid. Who will be the four drivers that fail to advance to the Round of 12?

Koelle: Kyle Larson, Jimmie Johnson, Denny Hamlin and Kurt Busch will be eliminated after the ROVAL.

Coburn: Those being eliminated will be Hamlin, Alex Bowman, Johnson and Clint Bowyer. Hamlin and Johnson haven’t had winning cars all season, Bowman hasn’t been consistent enough and Bowyer will either wreck or have a parts failure.

Rutherford: Jones and Hamlin are definitely out, no question. The other two are trickier, but I’m thinking Johnson won’t make it through, and Austin Dillon‘s 10th-place spot in the standings as of now won’t be enough to keep him ahead of Bowyer, Bowman and Blaney.

Gillispie: I am going to stick to the four drivers that currently sit below the line: Bowyer, Johnson, Jones and Hamlin.

What was the most entertaining inaugural NASCAR event you watched, and why?

Rutherford: It’s going to be hard for anything to top the first Camping World Truck Series race at Eldora Speedway, and I’m not just saying that because I was able to attend some of the festivities as a former resident of that region of Ohio. The excitement was electric; dirt had been gone from NASCAR for so long that there were so many unknowns right up to the point the trucks first got out onto the track for practice the day before. And the race itself? Immensely enjoyable. I’m one of those dumb baby millennials who can’t keep their focus on every lap of an entire race, but Eldora was — and remains — the exception.

Koelle: The inaugural Talladega Superspeedway elimination race during the playoffs in 2014. I love the concept of something so haunting being an elimination race, because it creates a great race (except for that one time where the Joe Gibbs Racing cars rode in the back the whole race). I was sincerely saddened when they moved it to the middle race of the playoffs.

Coburn: Kentucky Speedway’s the only new track that I can remember, and that first event wasn’t great (none of them have been, though). The most memorable track opening that I’ve read about was Talladega in 1969.

Gillispie: I am a huge fan of the Truck race at Eldora. I love NASCAR history,  so it was so cool to see NASCAR return to the dirt, the place where stock car racing was born. While I had never been the biggest fan of dirt racing, the inaugural Eldora Truck race was one my most favorite races I have ever watched and turned me into a dirt fan. The closing laps of that race were absolutely insane.

Hey Koelle you still thing Kurt’s out after the roval?