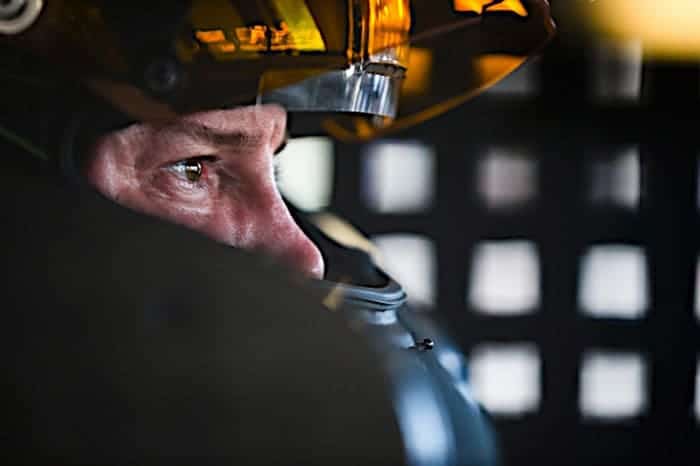 You can say that NASCAR isn’t exciting these days, but this year, that certainly doesn’t include Silly Season.  Both rumors and moves started early and have become hot and heavy over the last few weeks.

A couple of major moves have already happened in the XFINITY Series as well, with Elliott Sadler retiring from full-time competition and Noah Gragson replacing him at JR Motorsports.  That opens a top seat in the Camping World Truck Series, so the beat goes on and on and on.

There’s a fairly large turnover going on, with a mix of older drivers like McMurray, Newman, Kahne, Busch and Truex and younger ones like Suarez.

Breaking it down, there are a couple strategies showing among teams.  A couple, like Stewart-Haas Racing and JTG Daugherty Racing, look like they’ll replace veterans with promising youngsters.  Ryan Preece is expected to take over the No 47, while Cole Custer and Suarez are among the names being tossed around for possibly getting in the No. 41.

Roush Fenway Racing went the opposite route.  With Bayne’s development in the No. 6 seemingly stalled out, Newman brings experience and engineering knowledge to that team.

It’s been widely speculated that Truex will end up replacing Suarez in the No. 19 at Joe Gibbs Racing. That move’s interesting because it’s definitely a short-term gain. Suarez is learning and improving, while Truex is a title contender now but aging.

If we’re looking at short-term gains here, that would put JGR in a great position with a second Cup champion in its stable. Truex is winning races now.  Suarez certainly has the talent and potential to win races, and lots of them, but he was brought up perhaps a year too soon, and his relative inexperience is something that can only be erased by time.

RFR also benefits in the long game if Newman can bring something to the table that can help the organization move forward.  Newman hasn’t always been touted for being a great teammate, though, and has the reputation of being stingy with information, so it remains to be seen how this one goes down. He’s capable of getting some good results, and his knowledge may help the team find what it needs, and he’s going to get some solid finishes.

Busch has said he’s had talks with a couple of teams, and wherever he lands, that team also gets some instant gratification. Busch has been strong this year, if not spectacular. He’s a former champion and still has the passion to drive as hard as the car can go.  He’s a good pickup for a team that can handle his still-volatile (though much-tempered in recent years) personality.

Teams going for the long game are the ones snapping up youngsters.  SHR would certainly be smart to do so — Aric Almirola is the youngest in the stable at 34 years old, with Clint Bowyer at 39 and Kevin Harvick at 42. With all three veterans running very well, it’s a great time to add a youngster to the mix who can learn from them for a few years and then become the face of the team’s future.

Speaking of long-term gains, the driver in the catbird seat there might be Gragson.  He’s only 20 and is already successful in trucks.  He’s got time to develop for, oh, say, a couple years. What’s significant there is it puts Gragson, along with JR Motorsports teammate Tyler Reddick, in an enviable position: auditioning for a Cup seat in the No. 48.  Having a pair of young guns in the stable certainly puts Hendrick Motorsports in a great spot when Jimmie Johnson does decide to hang up his helmet, and it gives both youngsters the opportunity to have top rides in NASCAR’s second series with championship-caliber teams as well as something to work toward.

While it’s not in the top series, mark Gragson’s move as the one that just might have more potential than any other.

For good Cup rides to still be open this late is a bit unusual, and for there to be more than one of them is rarer still.  Yet the No. 1 at Chip Ganassi Racing, the No. 31 at Richard Childress Racing and SHR’s No. 41 have yet to announce drivers.

The move (or lack of one) that I found most surprising was Ty Dillon staying at satellite Germain Racing rather than moving up to Childress’ No. 31, which has certainly performed better than Dillon’s ride this year (though not with Dillon in it, so hard to say definitively that the No. 13’s performance this year is all car). It’s hard not to wonder if there isn’t something more there than meets the eye, but that does potentially open a seat for yet another young driver to move up into a respectable ride.

I like Silly Season because I like looking at strategy.  It’s the same reason I don’t hate fuel mileage races or others where strategy decides the winner.  Looking at things from different angles and gains whether in the now or down the road is what sports are all about.  I’m excited to see what youngsters and veterans alike will fare next year.  Silly Season this year is downright crazy, and it’s a good crazy.

Kyle Busch has 9 more seasons until he reaches Harvicks age and JGR has an up and coming wheelman in young Jones. Now they need another young rising star to replace Hamlin while Truex adds instant credentials.
Why Geico wastes their money on the 13 is beyond me. I agree that something is amiss between T y and grandpa team.