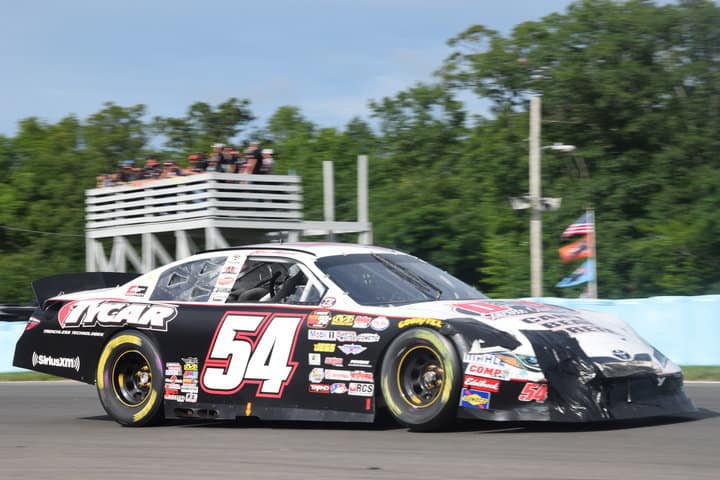 GMS Racing announced Wednesday that K&N Pro Series East driver Tyler Dippel will drive the No. 25 Chevrolet in the final four Camping World Truck Series races of 2018.  He will replace Timothy Peters, who has driven the truck in place of Spencer Gallagher since Dalton Sargeant left the team.  Peters will likely remain in the No. 25 for Talladega, but Dippel will be in starting at Martinsville.

“I’m so grateful for this opportunity to race for GMS Racing,” Dippel said in a press release.  “The Gallagher family, along with Mike Beam, have built a first-class operation and I know they’ll bring great equipment to these races.  I’m excited to be paired with such an experienced crew chief, Jerry Baxter, along with the entire No. 25 crew. They’ve been working together all season which will definitely help accelerate my learning curve.”

Dippel is currently second in K&N Pro Series East points, but was released from his ride from DGR-CROSLEY after Saturday’s Apple Barrel 125 at New Hampshire Motor Speedway.  There, he engaged in a bumping match with teammate (and K&N Pro Series East champion-elect Tyler Ankrum).  The bumping continued after the checkers with Dippel spinning Ankrum out.  In 40 career K&N Pro Series East starts, he has two career victories, nine top five and 21 top 10 finishes.

Like many prospects these days, Dippel comes from a dirt racing background.  He won the track championship at Lebanon Valley Speedway in 2013 at the age of 13, then transitioned to late models for a year while dabbling in upper Modified classes.  In 2015, Dippel made his ARCA debut for Lira Motorsports at the Iillinois State Fairgrounds in a season that was actually curtailed due to an unusual lift gate accident at Lebanon Valley that injured a crewmember.

For the past couple of years, Dippel has split his time running full-time in the K&N Pro Series East with his dirt racing.  He is the youngest driver to ever win a Big Block Modified feature at Lebanon Valley at the age of 16 back in 2016.

For Dippel, Martinsville will not be his Camping World Truck Series debut.  In July, he drove DGR-CROSLEY’s No. 17 Toyota in the Eldora Dirt Derby.  Despite getting caught up in two wrecks, Dippel brought his Toyota home in 13th.