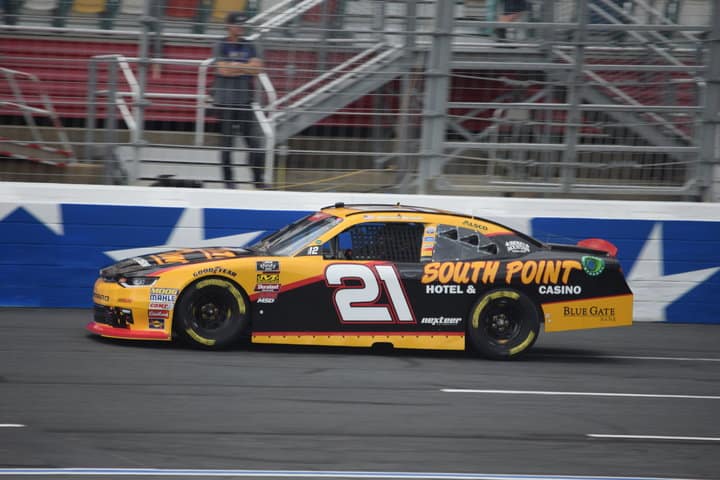 Richard Childress Racing’s Daniel Hemric, fresh off the news that he will race full-time in the Monster Energy NASCAR Cup Series in 2019, was fastest overall in XFINITY Series practice on Friday.  Hemric’s lap of 104.966 mph was set midway through Happy Hour

Team Penske’s Austin Cindric was fastest in the opening session with a lap of 104.636 mph, a lap more than one mph faster than the best lap on Thursday.  Cindric’s time, which would have been good enough for 18th in Cup practice, was one-eighth of a second faster than Richard Childress Racing’s Daniel Hemric.  DGM Racing’s Alex Labbé, who has a fair amount of experience on tight road courses and street courses from his time in the Pinty’s Series, was third.

Joe Gibbs Racing’s Ryan Preece, fresh off of his Cup announcement, was fourth fastest in his Toyota.  JR Motorsports’ Justin Allgaier was fifth.

As compared to Cup practice, there was not as much on-track trouble.  However, there was one red flag during the session.  John Jackson spun his MBM Motorsports Dodge exiting Turn 1.  Shortly afterwards, JJ Yeley slid head-on into the wall in Turn 1, significantly damaging his No. 38 Chevrolet.  Yeley walked away, but as Yeley explains, his car is toast.

Unfortunately the front doesn’t look like this anymore. I couldnt get the car slowed or to turn thru turn 1. Not sure if fluids were on track from 13 that spun in front of me. Hate it for @RyanSiegRacing and @TheFrankFoster #killedit pic.twitter.com/PohIPcTBSn

XFINITY SERIES DRIVE FOR THE CURE 200 PRACTICE NO. 3 RESULTS

Generally speaking, most of the field was slower in Happy Hour than in the first practice session.  As a result, Hemric’s lap really stood.  It was nearly a full second faster than Truex in second.  Custer was third fastest, followed by Majeski.  Allgaier was once again fifth quickest.

There were no serious incidents during the session that caused red flags.  However, there was one scary moment.  GMS Racing’s Spencer Gallagher spun exiting Turn 1, which has been dubbed “Heartburn Turn” this weekend thanks to a sponsorship from TUMS.  Gallagher didn’t hit anything, but ended up perpendicular to the track in a position that was near blind to oncoming traffic.  Luckily, no one hit him.

XFINITY Series teams are scheduled to qualify for the Drive for the Cure 200 Saturday at Noon.  The session will air live on CNBC.