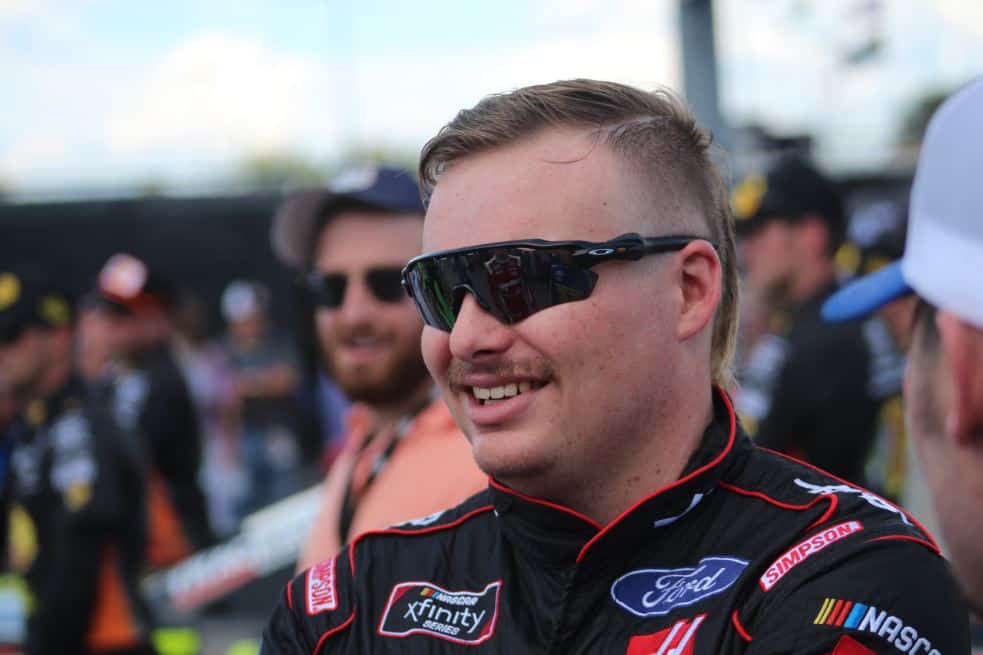 Stewart-Haas Racing’s Cole Custer was fastest overall in optional XFINITY Series practice Thursday (Sep. 27) at Charlotte Motor Speedway ahead of Saturday’s Drive for the Cure 200.  Custer topped the charts in the second session with a lap at 103.223 mph.

In the opening session, Team Penske’s Austin Cindric once again flexed his road course muscle by putting his MoneyLion Ford at the top of the chart with a lap at 102.603 mph.  Cindric’s lap was nearly seven-eighths of a second faster than Richard Childress Racing’s Daniel Hemric.  Ryan Truex was third fastest in his LeafFilter Chevrolet, followed by the Toyota of Ryan Preece.  Chip Ganassi Racing’s Justin Marks was fifth.

Since these sessions are considered to be optional practice sessions as opposed to test sessions, teams were obliged to use their primary cars for these sessions.  GMS Racing’s Spencer Gallagher crashed in the opening session and was forced to go to a backup.  As this was not a regular practice session, he does not have to drop to the rear of the field on Saturday.

XFINITY SERIES DRIVE FOR THE CURE 200 OPTIONAL PRACTICE NO. 1 RESULTS

In the afternoon session, the drivers became more comfortable with the tight confines.  As a result, speeds increased.  Custer’s quick time for the day came about halfway through the session.

Custer’s lap was a quarter of a second faster than Cindric.  JR Motorsports’ Tyler Reddick was one-thousandth of a second slower than Cindric in third.  Hemric and Allgaier were fourth and fifth.  Sadler was sixth, followed by Truex.  Roush Fenway Racing’s Ty Majeski was eighth quickest, taking advantage of the experience gained in the IMSA Continental Tire SportsCar Challenge this year.  Preece was ninth quickest, while Marks rounded out the top 10.

XFINITY SERIES DRIVE FOR THE CURE 200 OPTIONAL PRACTICE NO. 2 RESULTS

XFINITY Series teams have two official practice sessions scheduled for Friday afternoon.  The first of which is scheduled to start at 1 p.m. EDT and will air live on NBCSN.