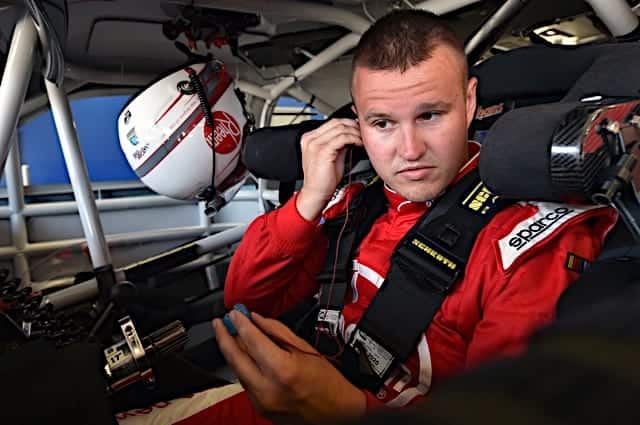 The current driver of the No. 47, AJ Allmendinger, announced that he would not be returning to the team last week.  His plans for 2019 are currently unclear.

“It’s a dream come true,” Preece said during his press conference. “A lot of you know the past I’ve gone [down], the sleepless nights to chase after trophies and win races.  To finally get to this level and earn it, it’s a short trackers’ dream.”

Just getting to Cup is an accomplishment for Preece.  But that’s not all he thinks he can do.

“I know what it takes to win,” Preece said. “When I went to the shop as a courtesy, I thought, ‘wow, this is impressive. I would have a lot to work with here.’  We can win.  As long as we put the pieces of the puzzle together and make it work together, we can get there.”

For Preece, his debut with JTG-Daugherty Racing next year will not be his first Cup start.  In 2015, Preece made five starts with Phil Parsons Racing.  His best finish was a 32nd at New Hampshire Motor Speedway.

In the XFINITY Series, Preece has 49 career starts.  After running the full 2016 season with JD Motorsports, Preece gambled on his future by getting backers together to pay for two races with Joe Gibbs Racing.  That gamble paid off with a second-place finish at New Hampshire and a victory at Iowa Speedway.  Two extra races resulted in top five finishes.

In 2018, Preece has made nine starts in Joe Gibbs Racing’s No. 18 Toyota.  He has one victory (Bristol in April), four top-five and six top-10 finishes.

With Allmendinger, the No. 47 is currently 24th in points with one top-five finish (a third at Daytona in July) and three top-10 finishes.