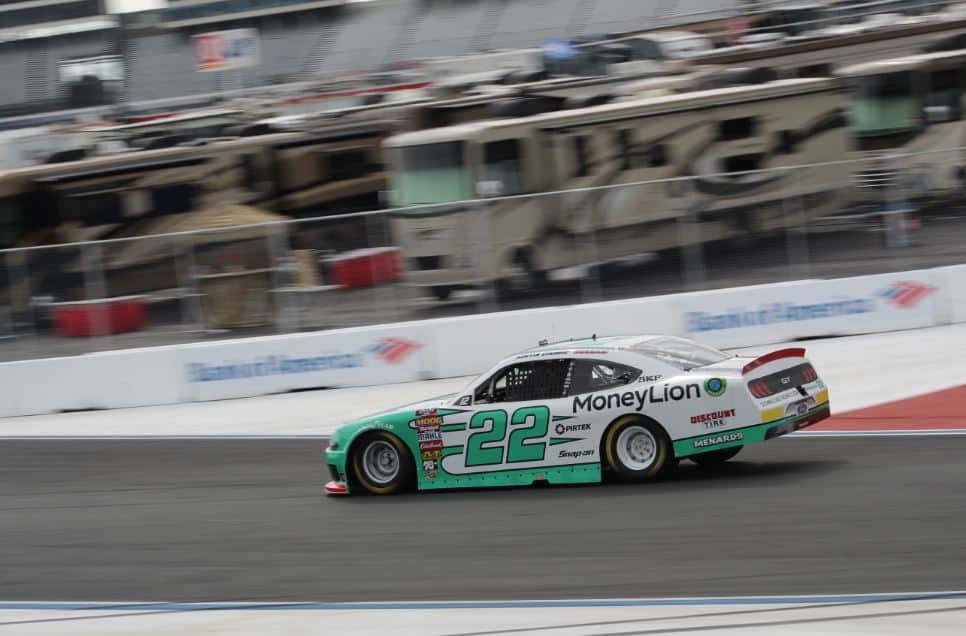 Team Penske’s Austin Cindric claimed the pole for Saturday’s Drive for the Cure 200 at Charlotte Motor Speedway’s ROVAL with a lap of 105.527 mph.  It is Cindric’s third pole of the season and second on a road course.

Stewart-Haas Racing’s Cole Custer will start sixth, followed by Matt Tifft and Ty Majeski.  Majeski qualified eighth, but spun late in the session in Turn 5, tapping the barrier.  While the damage was minor, any repair work would be viewed as an unapproved adjustment and require him to start in the rear.  Chase Briscoe and Ryan Preece round out the top 10, while playoff contenders Ryan Truex and Justin Allgaier will start 11th and 12th.

A few of the playoff contenders failed to make the final round.  Christopher Bell, who is already locked into the Round of 8 after winning in Richmond, will start 13th.  Ryan Reed and Ross Chastain will share Row No. 8, while Elliott Sadler will start 17th.

The chaos that has marked Monster Energy NASCAR Cup Series practices this weekend has largely been avoided to this point in the XFINITY Series.  That came to an end when Spencer Gallagher crashed in Turn 1, dubbed “Heartburn Turn.”  Gallagher went hard into the tires and destroyed the front end of his Chevrolet, the same car that Bill Elliott drove at Road America.  Gallagher timed in 25th prior to the crash, but will have to start in the rear with his third car of the weekend.

Obaika Racing’s Tanner Berryhill spun during the session and unable to get himself up into the top 33.  As a result, he was the only driver to fail to qualify for the race.