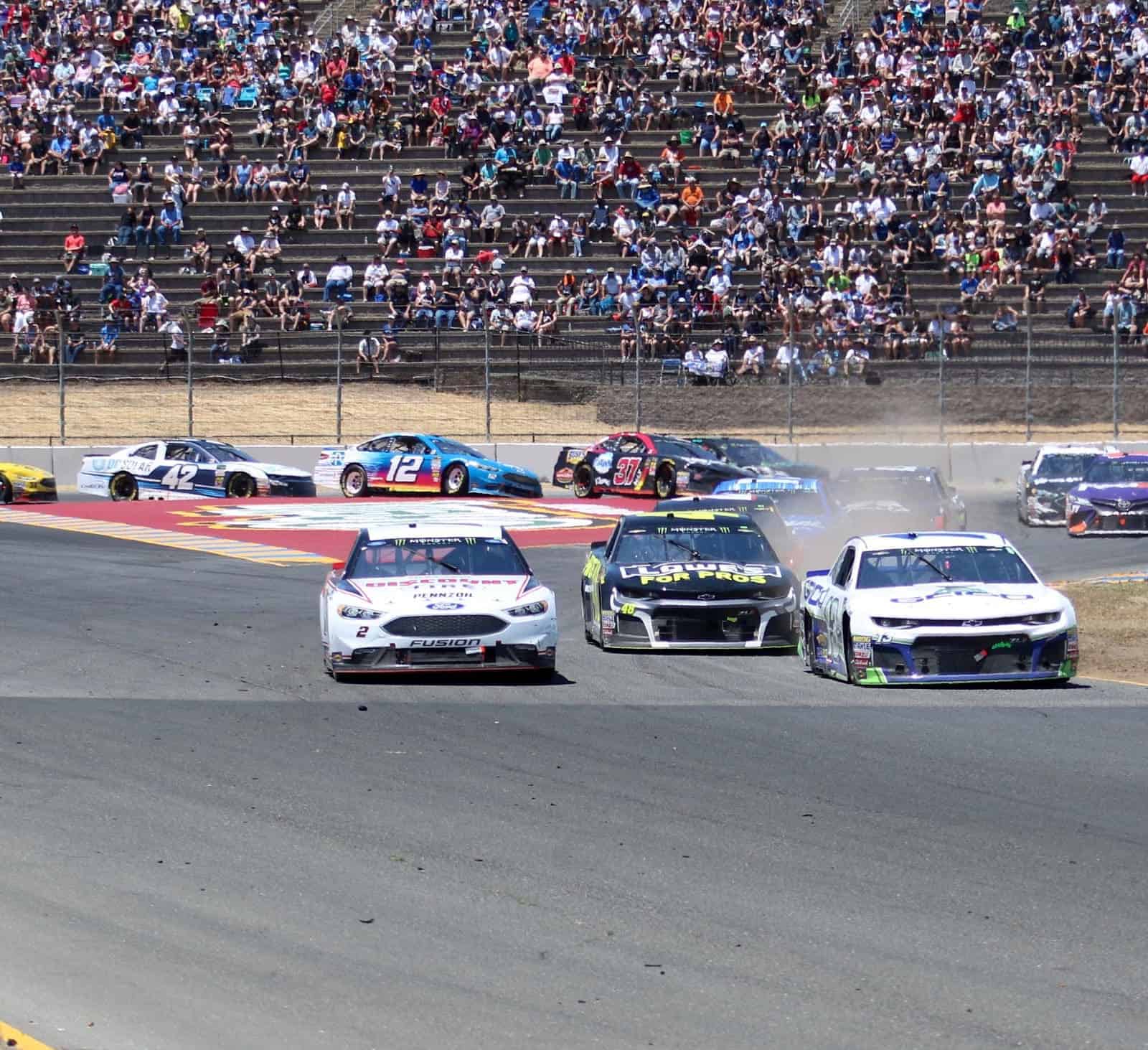 Speedway Motorsports Inc. (SMI) officials announced Saturday afternoon (Sept. 29) at Charlotte Motor Speedway that the Monster Energy NASCAR Cup Series will return to Sonoma Raceway’s long course for next year’s Toyota/Save Mart 350k.  It will be the first time that the series has used the full course since 1997.

“We’ve spent a lot of time, as we do every year, looking at what we can do to make our event…great for the drivers [and] great for the fans,” said Steve Page, Sonoma Raceway’s president and general manager.  “The configuration of the track is something we’ve had lot of input [on] over the years.  We are going back and converting our Cup race to the traditional [2.52-mile] version of the track and reintroducing one of the signature corners in racing, which is the Carousel.”

“Steve and I talked about it, and we thought this would be really cool,” Smith stated.  “People like the throwback now, and this is really appropriate with the 50th anniversary of Sonoma Raceway to bring back a classic and to bring back the signature Carousel turn.”

The current short course configuration is the third one that the Monster Energy NASCAR Cup Series has raced.  Shortly after SMI purchased the former Sears Point Raceway, substantial improvements were undertaken, including the blasting of hills in order to create better sightlines for fans.

After the 1997 race, the original version of the short course, known as “The Chute,” was created which was a high-speed right turn that connected Turn 4 to the original Turn 7 and resulted in a track length of 1.95 miles.  After a year, the entry to Turn 7 was straightened.  Finally, the current version of the circuit with the heavy braking for Turn 4A and a new Turn 7 were constructed for 2001.

Previous Cup races held on the 2.52-mile course were 300-kilometer events.  Next year’s race at Sonoma (for now) will stay as a 350-kilometer race.

About time. Maybe they will add “the boot” to Watkins Glen.

DoninAjax
Reply to  Robert B

The problem for me with the boot is the time for cautions. I was at the Glen in 1975 for the Modifieds and the ASA and it took forever for the laps under caution. But it would be great for the network commercials, which means NA$CAR will eventually do it to placate them.

DoninAjax
Reply to  Robert B

And from what I saw of Stanton Barrett it would provide a runoff area.

Now if they would just realize that the rest of the world uses local cautions on road courses.