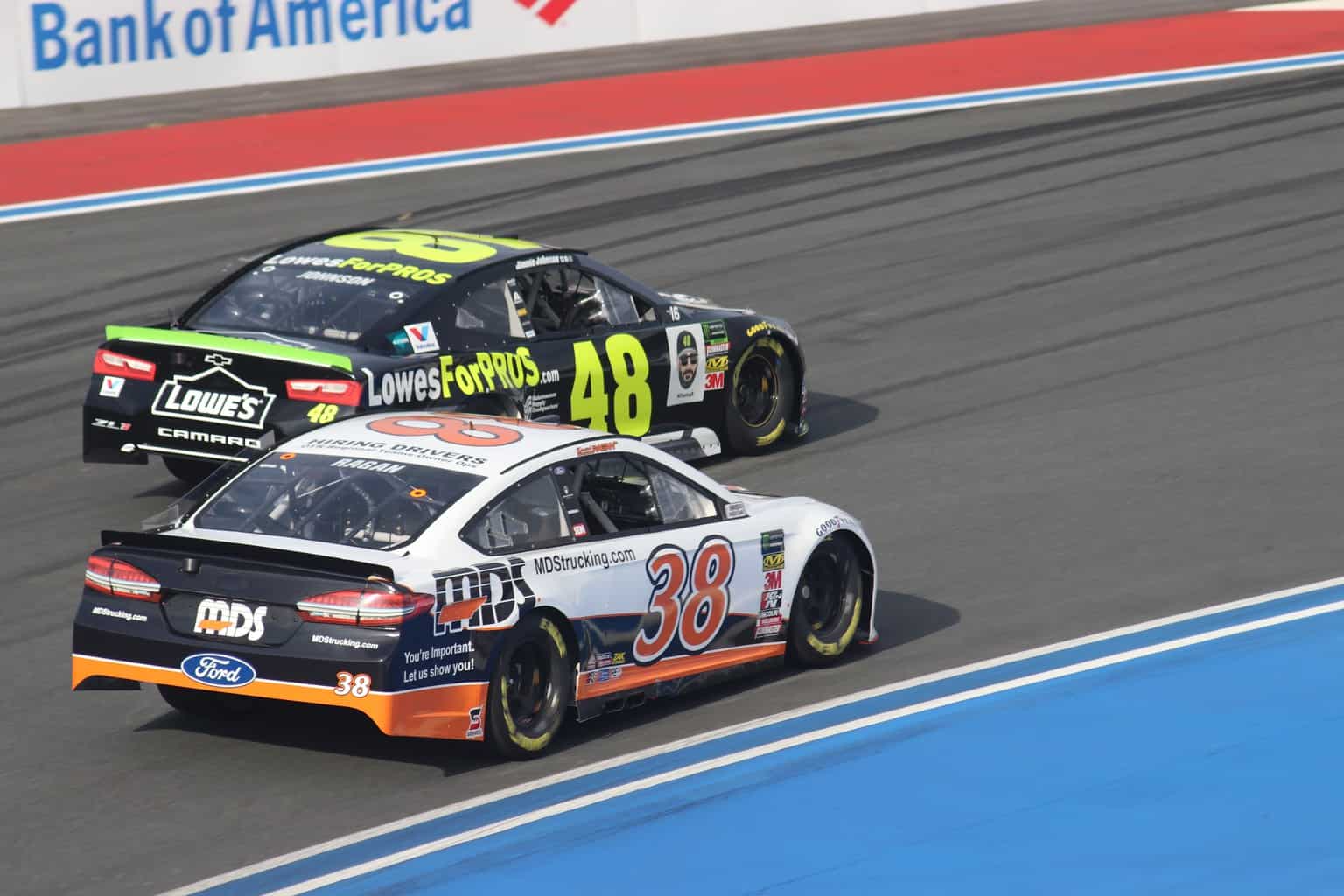 There’s always that one guy you can’t quite count out no matter how down he is, and in the first of two Monster Energy NASCAR Cup Series practices at Charlotte Motor Speedway, Jimmie Johnson put himself at the top of the list to be that guy.  Johnson led the session on the 17-turn road course with a lap speed of 105.173 mph. Daniel Hemric, who is making just his second Cup start this weekend, was second at 104.962 mph.  Hemric was announced Friday as the driver of the No. 31 at Richard Childress Racing next year.

Hamlin and Jones will both start at the back of the field Sunday after going to backup cars.  Hamlin suffered heavy damage in qualifying Friday and Jones had a wicked crash in the first practice session Saturday. Darrell Wallace Jr. will also go to a backup car after a hard crash in the session.

The weekend’s final practice began with drivers given an opportunity to practice the restart procedure.  Once that was done, Truex showed the field he’s catching on to the road course, going to the top of the pylon early. It looked as though Truex might stay there for the session, but rookie Byron took a turn at the top, and Larson also topped Truex’s speed.  Byron’s turn was short-lived, however, as Keselowski posted a faster lap at 105.596 mph.  That lap stood for the rest of the session, but Keselowski spun minutes later on the frontstretch to bring out a red flag.

He will join Hamlin, Jones and Wallace at the back for the start Sunday.

When there’s a caution why don’t they stay on the oval?

I think the wall going into turn 1 of the ROVAL goes all the way to the outside wall.

And I was thinking they could turn the cars at turn 6 back toweards the oval and cut out the Mickey Mouse turns to 17.

And from what I saw of Stanton Barrett it would provide a runoff area.

I think the problem there is that with no barrier, if someone spun through, they could be hit by cars in turn 8 as well as Turn 1. It would be a definite safety issue not to have that wall where it is.

But if the cars left the infield portion after turn 6 and entered the oval later in turn 2 it wouldn’t be a problem.