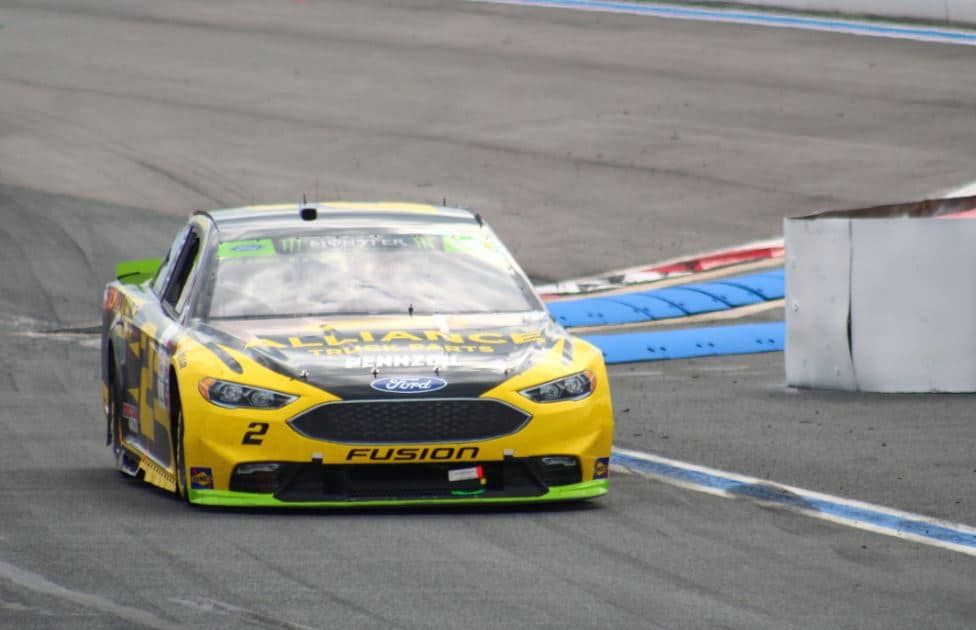 There was a sense of dread coming into the event at the Charlotte Motor Speedway ROVAL that the race could result in a big crash. For the most of the race, it looked like the competitors of the Monster Energy NASCAR Cup Series would put those fears to rest.

But they just couldn’t quite make it to the end.

With seven laps remaining, the field prepared for a restart. There were a variety of pit strategies being employed as some teams took to pit road while others remained on the race track to preserve their track position. Leader Brad Keselowski was on older tires and would be attempting to hold off the field.

He never got the chance. As the cars barreled into turn one, Keselowski slid straight ahead and the car pounded the outside barrier. Unable to make evasive maneuvers, multiple racers including Kyle Larson, Kyle Busch, William Byron, and Paul Menard piled into the melee.

A big pileup in Turn 1 at the @CLTMotorSpdwy ROVAL late in the race!

Fortunately for Keselowski, his place in the next round of the playoffs was secure courtesy of his win in the opening round.

“I dont know what happened. We all went down into turn one and it just went straight. Locked up immediately and obviously the tires fell off.” Keselowski said afterwards. “We were in great position. It just didn’t come together. I don’t know if I overcooked it or what.”

The day had been fairly calm with only a few minor incidents to that point. Kyle Busch, who saw his day ended, gave his thoughts on the crash as well. “I would say that I hadn’t necessarily planned today on driving straight into a wall.” he quipped when asked if he was surprised by the multicar collision. “Even the best screw up.”

” I don’t know if I overcooked it or what” don’t worry Brad everybody else on the planet knows you did.