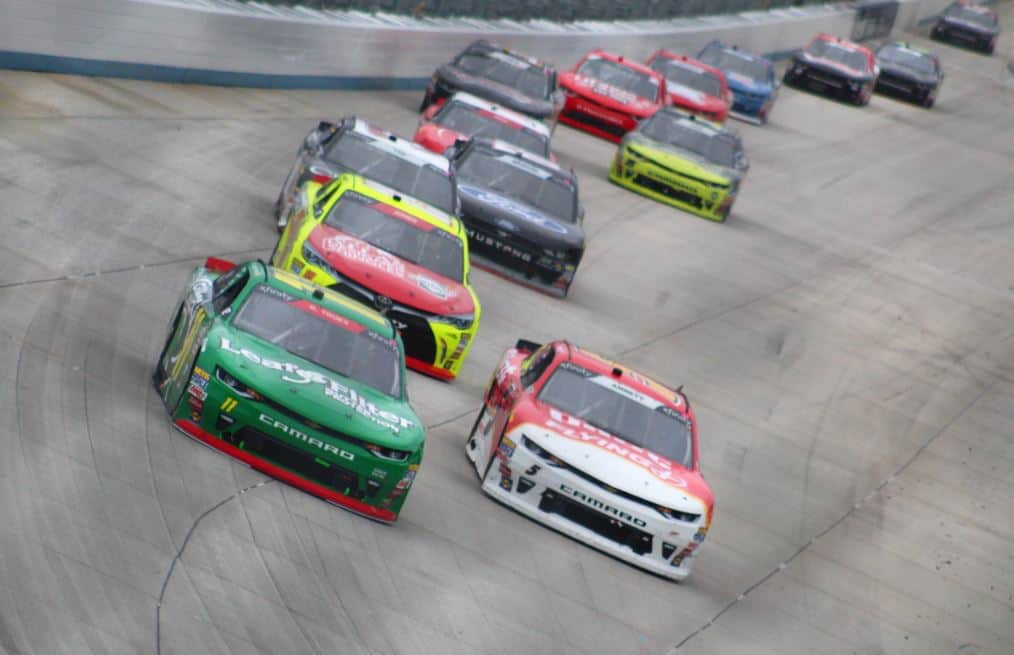 While Ross Chastain and Matt Tifft raced for the final playoff spot in Saturday’s (Oct. 6) Bar Harbor 200 at Dover International Speedway, Ryan Truex was hoping for more in his playoff bid.

Driving his No. 11 Kaulig Racing Chevrolet, Truex was, in fact, part of the late mid-field chaos amongst the playoff bubble. However, entering Dover in a 24-point hole, a 10th-place finish was not enough to advance to the Round of 8.

“Coming in, we knew it would be tough,” Truex said. “To make up 24 points is a lot. We ended up, I think, losing two points. It’s a lot to make up and nobody else had a bad day. That that point, we were stuck where we were.”

Qualifying 19th, Truex was “in a hole” before the race even began. And with long green-flag runs and tough passing conditions, Truex couldn’t stack the stage points necessary to make a run at the Round of 8.

“I made a mistake in qualifying that cost us starting the race,” he said. “It’s just so hard to pass here. rack position is so important. We had a pretty big deficit to make up so we needed a lot of stage points. We had the speed to run top 10 but to get that many points, we had to have a car like [Daniel] Hemric.”

“It’s just too little, too late for us,” he said. “You can look back and say there were races we messed up — we only had one DNF, so we were consistent. These past two races we didn’t perform like we needed to.

“I didn’t have any expectations, honestly. I knew there were some really good cars I’d need to beat. We came close, just not close enough. I was just glad to be a part of it.”