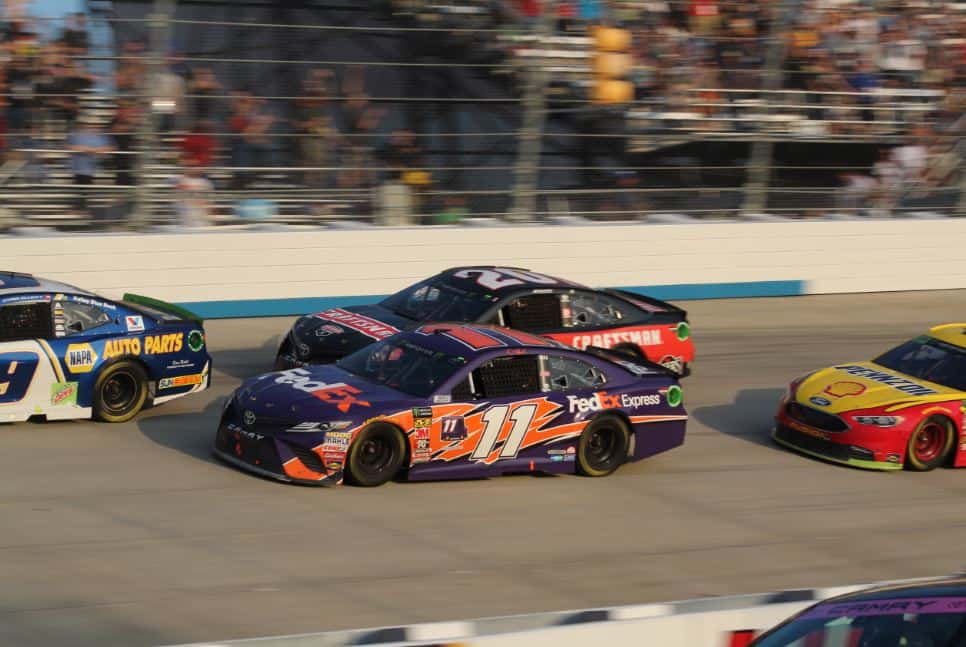 When the caution flew with eight laps to go at Dover International Speedway, Denny Hamlin didn’t think he’d be contending for victory in the Gander Outdoors 400.

However, following a turn of pit strategy amongst leaders, Hamlin and the No. 11 Joe Gibbs Racing team chose to take two tires. The move, however risky, slotted Hamlin into the fourth position as they raced through Turn 1.

Clearing into second spot, a multi-car wreck sparked in his rearview mirror, giving Hamlin one more crack at race leader Chase Elliott for an overtime restart.

And though there were some concerns regarding Hamlin’s past with Elliott from 2017, the race to the end was clean and straight-up.

“After last fall,” Hamlin said, “I was really making sure I didn’t make any contact, to be honest with you.”

A calm, mid-pack day ended on a good note given Hamlin’s struggles throughout the weekend.

“We had a pretty uneventful race and just kept our nose clean and did everything we needed to do,” he said. “Really, the last 11 laps, we had probably anywhere from a fifth- to seventh-place car.”

With the pit strategy giving Hamlin a shot, he was unable to catch Elliott for the win. The No. 11 came home second.

“We took advantage there on that last stop to take two tires,” he said. “That put us in the outside line, got a good restart, and then they wrecked behind us. That put us on the front row.”

With a quiet 404-lap day, Hamlin was pleased with the team’s resurgence following elimination from the playoffs last week at the Charlotte ROVAL.

“Just a great execution day,” he said. “We didn’t make any mistakes, just chipped away at it. We worked our way in the top 10 by the end of stage two and then just got to eighth, then seventh, then sixth, and just kept getting a little bit better throughout the day. Other guys were starting to falter or their cars were fading, and we took advantage.”