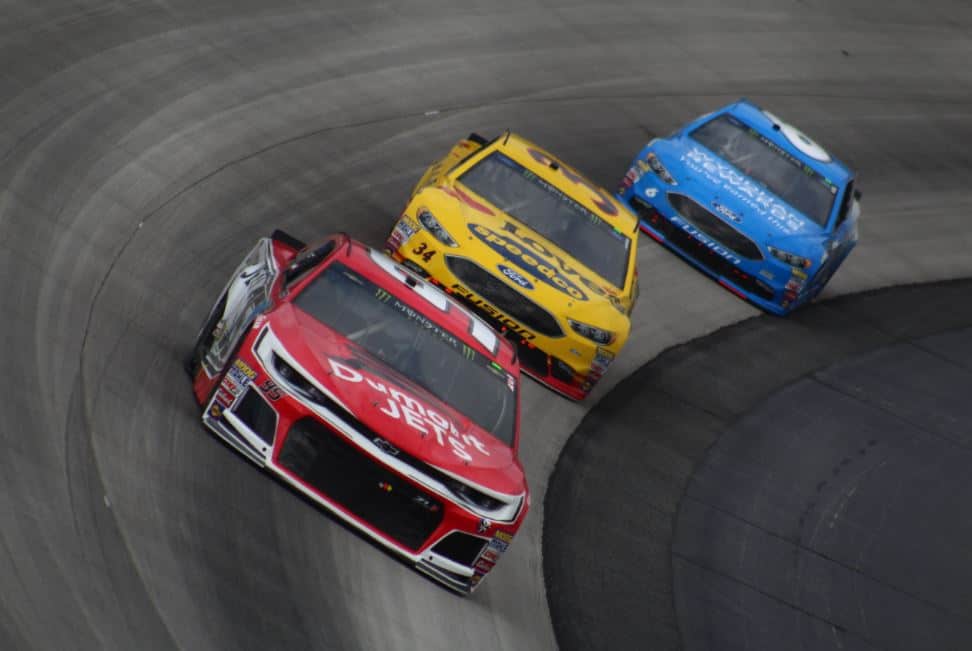 After two caution-free stages and a third green-flag run of nearly 100 laps, Dover International Raceway was near completion without a straight caution flag for danger or incident. In other words, a non-stage yellow.

But when debris was spotted in Turn 3, the complexity and eventual end of the playoff race was changed for good. For the underdogs, the quiet-but-difficult afternoon now had some level of opportunity to get closer to the top 20.

However, with the top underdog running three laps down (along with the top three underdogs finishing one lap apart), there was little advantage to be made amongst that group.

Due to this massive gap following a clean-and-green day, a multi-car wreck with three laps to go only gave the underdogs one position, even though five cars were damaged.

Looking back, it was truly one of the toughest races of 2018 for the small teams to stay above the surface. Not only was qualifying washed out but the day saw Kevin Harvick have one of his best runs of the year (which is saying a lot) after leading 286 laps. Such dominance placed nearly two-thirds of the field off the lead lap in no time. The underdogs barely stood a chance.

In the end, there wasn’t too much to take from this event other than the fact it’s damn tough to keep up with one of the “Big Three” when they get on to something. But in these same races where nothing seemed to stand out, it’s a golden opportunity to see which teams were able to lead the pack.

Who would survive the tough day best? Sometimes, that’s a position worth mentioning.

For the second time in the last four races, Regan Smith came out as the Frontstretch “Underdog of the Race” in the No. 95 for Leavine Family Racing.

After running his final planned race for the team last week at the Charlotte ROVAL, team-regular Kasey Kahne announced he would not return to the Chevrolet seat for Dover, as he continues to battle complications from heat exhaustion last month at Darlington.

This put Smith in the ride for the fifth time this year and ave him another shot to crack the top 20, doing so three times in his prior four starts.

Another top 20 may have not been in the books, however, a 21st-place run was good enough to lead the underdog pack on Sunday.

Outside of Smith’s top run (which wasn’t a barnburner), the remainder of the underdog field were quietly placed in a large pack from 22nd on back.

AJ Allmendinger had a rollercoaster weekend at the ROVAL, announcing that week he would not return to JTG Daugherty Racing in 2019 before qualifying on the front row for the track’s inaugural event. A seventh-place run made him the only underdog to finish in the top 10 since Talladega in April.

This week, however, was in the middle of the road. Starting 24th, Allmendinger only advanced to finish 22nd while teammate Chris Buescher was three spots behind in 25th.

In more interesting news, the JTG duo has yet to establish a “lead driver” in 2018. After 30 races, Allmendinger and Buescher have each beaten each other 15 times with Allmendinger having the upper hand as of late finishing highest in the last four events.

Another close team duo has been Front Row Motorsports. Throughout the year, David Ragan and Michael McDowell have made the top 20 and have only seven points between them after 30 races. This week, Ragan had the edge from the 24th spot while McDowell was 26th. Darrell Wallace Jr. was among those who split the Ford teammates, as his No. 43 Richard Petty Motorsports Chevrolet was 23rd.

Matt DiBenedetto was 27th after starting from the 31st spot for Go Fas Racing. Ty Dillon was unable to return to Dover with the speed from 2017 in either event this year, finishing 29th for Germain Racing.

Corey LaJoie was 30th for TriStar Motorsports while Jeffrey Earnhardt and JJ Yeley were 31st and 32nd, respectively.

Landon Cassill was 14 laps down for StarCom Racing in 33rd and BJ McLeod was 34th for Rick Ware Racing.

Ross Chastain suffered a rear-gear issue on his No. 15 for Premium Motorsports and finished 37th after completing 314 laps. The XFINITY regular finished 20th on debut here in 2017, however, didn’t see the end this time around.

Harrison Rhodes made his first Cup start since Richmond in the spring and his first start in the No. 52 RWR entry, finishing 38th while Timmy Hill was out early, hitting the garage with a transmission issue just 35 laps in.

The XFINITY Series wrapped up their opening playoff round in Saturday’s (Oct. 6) Bar Harbor 200 and there were a couple underdog teams who were in the mix come the closing laps.

Unfortunately, both came up short.

Ryan Truex entered Dover with a 24-point deficit to advancement and was only good enough to finish 10th. For Kaulig Racing, the playoffs gave them the spotlight in 2016, contending for a spot in the Final 4 until the penultimate race at ISM Raceway.

This year, Truex was unable to reach the cutoff. He was joined by Ross Chastain, the hardnosed racer who nearly put JD Motorsports into the Round of 8 after battling Matt Tifft in the closing laps Saturday. He came up two points short of making it happen, finishing the day 13th.

Recap of yesterday’s 13th place finish in the inaugural race at the Roval! pic.twitter.com/STFXWTbpq1

What it’s all about. ? pic.twitter.com/Xs5HKxdpuv

We kicked off our week in Delaware this morning with a trip to the A.I. DuPont Children’s Hospital. This is one of the hardest but coolest things I get to do all year! #UseYourMelon ? #DriveSoberDE pic.twitter.com/1wHVWwlNq4