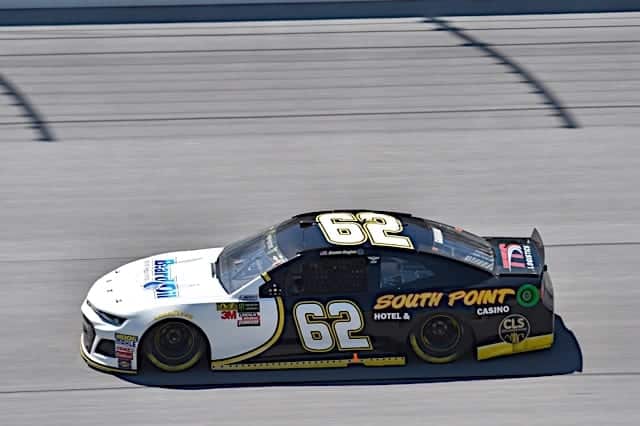 For the final time this season, the Monster Energy NASCAR Cup Series will race on a superspeedway on Sunday at Talladega Superspeedway.  This will be the middle race of the Round of 12.

41 cars are on this weekend’s entry list with several changes to note with it being Talladega.

Joey Gase is back in the No. 00 for StarCom Racing as he has been in the previous superspeedway races.  Regular driver Landon Cassill will drive the team’s No. 99 car.

DJ Kennington will drive the No. 7 for Premium Motorsports after previously driving for the team in a few races this season.  He has also driven the Gaunt Brothers’ No. 96 car several times.

Brendan Gaughan returns to the Cup Series and will drive the No. 62 car for Beard Motorsports.  Gaughan has driven in the previous three superspeedway races this season, and will attempt to make his final start of the season on Sunday afternoon.

Regan Smith will once again be in the No. 95 car for Leavine Family Racing for the sixth straight week as Kasey Kahne continues to be sidelined due to severe dehydration from Darlington.

Finally, Obaika Racing will attempt to make their Cup debut as a team with the No. 97 Toyota.  The car was acquired from BK Racing.  The team has previously raced in the XFINITY Series but they have not made a start in several years. The driver has yet to be announced.