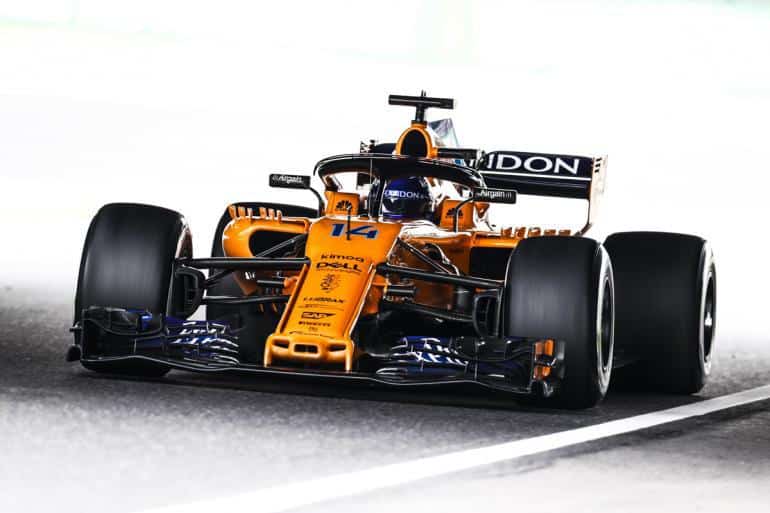 We have reached a point in the Formula 1 season when the phrase “itʻs all over but the shouting,” seems wildly appropriate. Yes, there are four races to go on the schedule but should Lewis Hamilton win (yet again), Sebastian Vettel would need to place second to continue the Drivers title fight to the Mexican Grand Prix. The fact that Hamilton has won the last four and five out of the six held at Circuit of Americas means that a coronation for the championship is likely at the U.S. Grand Prix.

That would seem to signify that this season has become one where there is little to care about. That kind of perception is silly, however, as it negates all the work left for teams, all the attempts they have to give a good showing, in addition to just enjoying racing itself.  The titles may be in the process of being decided but that doesnʻt mean that some of these races might not be interesting — especially as long as Max Verstappen is on the track.

– The schedule looks to be adding a track for 2020. While it has yet to be confirmed, the belief is that the Vietnam Grand Prix will come to fruition that year. While the legislative arm of the FIA is likely to give the signal for things to proceed, the F1 teams must reach a consensus as to whether or not they will race the VGP. That hurdle appears to be minor, however.

Once the organizations give the safe release signal, then construction will get underway to build the track.  At the moment, it is slated to be part street and part road course and be situated outside of Hanoi. The plans have been reviewed and given approval and unlike the proposed Miami GP, this one looks like it should actually come about.

There are a few peculiarities with the proposed race. The first being that Vietnam has little in the way of a racing history. Or perhaps none at all is a better way to say that. That can be overlooked. What may be more troubling is that, per Forbes, “Vietnam ranks worse than Ethiopia, Algeria, and Egypt on the Transparency International Corruption Perceptions Index.”  The sport of F1 has frequently turned a blind eye toward humanitarian issues as noted by the Baku and Abu Dhabi races, but even this site is a little troubling in that regard.

Just to throw another aspect into the mix, Vietnam isn’t a major market for any of F1’s ten teams and itʻs difficult to argue that Hanoi has become what Liberty Media desires in the way of ʻdestination citiesʻ.

But hey, the annual hosting fee should make all of these things moot, as the lowest number for a race is $28.1 million (though it should be mentioned that Monaco pays no fee).  While thatʻs the low number, recent contracts have stretched over the $35 million threshold and Bahrain pays over $60 million.

– Funny statistic to watch for the rest of the year. Currently, Michael Schumacher is the driver who raced the most laps in F1 grands prix, with 16,825. In a rather steady fashion, however, Fernando Alonso has been nipping away at the total and now sits 174 laps behind. Should Alonso be able to complete all the remaining laps in the season, he will pass Schumacher. While Alonso’s career looks like one of frustration, never being able to marry the right team, he is still considered one of the better drivers of all time.

His name will not appear near the top of any statistical category except for this one. Whatʻs to recognize, of course, is that Alonso should have easily passed this mark at the beginning of the year — had any of his first two seasons since rejoining McLaren gone better. Over the past three years, Alonso has accumulated 14 official DNFs, which is staggering in the notion of incompetency.

– If anything can be gleaned from Renaultʻs return to F1 over two years ago, itʻs that they still have a lot of work to do. A works team shouldnʻt be struggling as much as they are with the resources they have. The fact that Red Bull, using Renault powerplants, often embarrasses the French manufacturer on the track is an indication of just how much that they need.

Next year, the team will sport an excellent driver lineup and will not be supplying engines to Red Bull.  The contraction is supposed to allow them to focus more on their own team efforts, but with the lack of progress this year, there should be little in the way of optimism. There is a bit of irony in the fact that Daniel Ricciardo has been repeatedly frustrated by the power units failures with Red Bull but will be moving to the very team making them. Then again, perhaps because the chassis of the Red Bull allows him to drive the engines to the limit might be the reason that Ricciardo has incurred seven DNFs but… nope, as Renault driver, Nico Hulkenberg has still accumulated five DNFs.

Renault sit in fourth in the Constructors standings but the margin over Haas-F1 is small a mere eight points. To eke out that position for the year would be big both in terms of morale and financially but it is in no way a salve for the issues that they have. Will they waste Ricciardoʻs years as McLaren have done with Alonso?