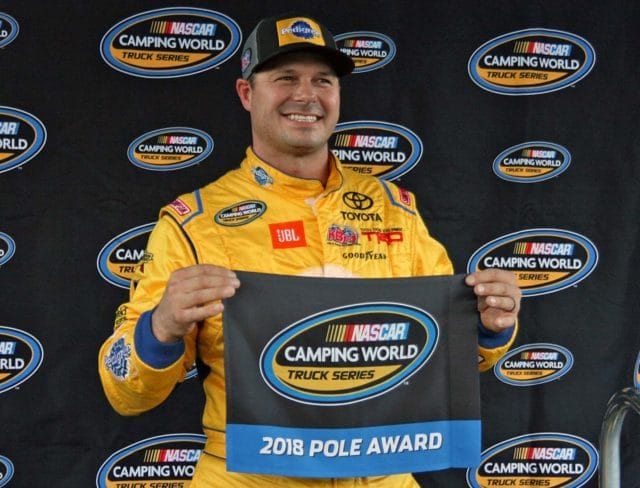 David Gilliland continues to be fast man in town when it comes to superspeedways.

All five of Gilliland’s NASCAR national touring series poles (three in Monster Energy NASCAR Cup Series and two in CWTS) have happened at Daytona or Talladega.

Gilliland’s speed of 180.570 mph beat out Spencer Gallagher (180.550 mph) to top the scoring pylon when the session concluded.

Bo LeMastus’ lap in the final round of qualifying was disallowed for going below the yellow line during his lap. LeMastus will start the race in 12th.

Three playoff drivers failed to make it into the final round of qualifying: Noah Gragson (13th), Ben Rhodes (14th) and Justin Haley (16th).

One of the biggest surprises of the session was John Hunter Nemechek (175.991) qualifying in 31st.