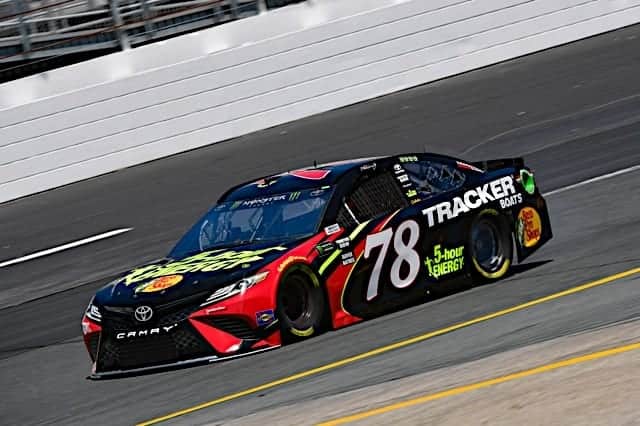 Martin Truex Jr. and Furniture Row Racing are nearly one year removed from winning a championship together.  They have defended their title well in 2018.  With four wins this season, Truex is among the so called Big Three who look like the most legitimate championship threats.

Or, at least he was this summer.

Since then, the challenges have only mounted for FRR.  Prior to the start of the playoffs, team owner Barney Visser announced that the organization would not compete in NASCAR in 2019.  The team was unable to find a suitable sponsorship package to compete at their current high level.  Visser thus made the decision to exit the sport having seen his team reach the top of the NASCAR mountain.

But while the team owner may be leaving NASCAR behind, his employees have the unenviable task of trying to arrange their futures while racing for one last championship together.  Truex and crew chief Cole Pearn are rumored to be moving to Joe Gibbs Racing.  Other FRR employees will probably follow them.  Yet, Truex’s new organization is not going to replace an entire team with new personnel, no matter how successful the No. 78 car has been.  The 2018 season is the last time that this Furniture Row team will go into battle with each other.

Last year, the No. 78’s performance late in the season made the difference in winning the title.  Truex did carry a lot of playoff points into the postseason, but he also earned four of his eight wins of 2017 in the final 10 races.  The No. 78’s championship was not just a matter of him stockpiling stage wins and playoff points.  Truex went into the final race at Homestead-Miami Speedway even with Kyle Busch, Kevin Harvick, and Brad Keselowski.  He won because FRR was able to put its best foot forward in the races that counted most towards the championship.

The 2018 playoffs have been different for Truex.  He has not won a race since capturing the checkers at Kentucky Speedway in July.  Busch and Harvick have both won multiple races since then, as have Chase Elliott and Keselowski.  Keselowski is no longer a championship threat after Sunday’s race at Kansas Speedway, but the Nos. 4 and 18 are still bringing the quickest cars to the track each week.  Victories by Kurt Busch and Aric Almirola have built momentum for Stewart-Haas Racing, and Elliott could be peaking at just the right time.

And what of Truex’s day at Kansas?  The intermediate tracks have been FRR’s strongholds since last year, and Kansas has been at the top of that list.  Truex has swept the top 15 in every race there going back to 2015.  In that same time frame, he led 475 laps.  There have been times when it seemed like the only thing capable of beating the No. 78 team at Kansas was its own pit crew.

This time it was the opposite.  Truex’s crew was solid, but the car was not.  Instead of leading the field and contending for the win, he hovered around 10th for much of the race and earned only one stage point.  It was a good thing for Truex that he rallied to finish fifth late in the race.  When the dust cleared, the No. 78 was above the playoff cut line by only eight points.

As one of the Big Three, Truex was expected to get through the second round of the playoffs easily, especially since he took a 30-point advantage into the round.  Instead, the Round of 12 turned out to be quite a challenge for FRR.

Truex limped to a 15th-place finish after getting damaged in a late crash at Dover International Speedway.  Last week at Talladega Superspeedway, he had to contend with an ill-handling car.  Superspeedways have never been FRR’s strength, but Truex and Pearn seemed to be caught off guard by their inability to move through the pack.  It was fortunate for the No. 78 team that Keselowski and Ryan Blaney ran out of fuel near the end of the race or Truex’s 23rd-place finish would have been a lot costlier points-wise.  Sunday’s last-gasp top-five finish was almost not enough to keep Truex in the game.

To his credit, Truex acknowledged that he had a tough race but remained optimistic about his championship chances.

“At times it was pretty bad and not much fun,” Truex said. “But that’s part of this deal.  This stuff’s hard, man, it shows how difficult it is, to win both races here last year and run second in the spring, and then come back trying to be better, and struggling all day.  But we still managed to get fifth, which is a really good day for us.

“We struggled a little bit yesterday in practice, and we thought we knew what to do to fix the problems.  Clearly we didn’t, because we had the same ones today. But, proud of the effort.  All our guys back in Denver, I got to thank them for continuing to build great race cars, and keep their head in the game in uncertain times, for some of them.  And also our pit crew, they definitely kept us in it today, they’re probably the reason we transferred on.

“The playoffs haven’t been good to us this year,” Truex said.  “We’ve really battled a lot of adversity, a lot of things working against us.  The last two weeks are no exception, to get wrecked at Dover and then not even be able to race at Talladega was tough.  So, with that said, to be able to be moving on still, with all those troubles, I feel like we’re fortunate, and we need to fix those things and make our own luck, and figure out how to run better.”

Truex’s comments reveal the tough circumstances his team faces.  He is aware that the playoff races have not been a strength for the No. 78 team this year, but that the cars are still fast overall.  Indeed, it is tough for any one team to keep outrunning its competition in the way FRR did for most of last year.

But Truex’s acknowledgment that “some” of his team members are facing “uncertain times” is telling.  It is likely that there is only a limited number of FRR employees who have jobs lined up for 2019, jobs that probably require a move from Denver to Charlotte.  Chasing a NASCAR championship is stressful enough. The prospect of moving across the country, changing jobs, or changing careers entirely, is enough stress to rip FRR apart at the seams.  Everyone at the Furniture Row shop would probably agree with Truex that the team needs to improve in the last four races, yet how can they be expected to improve when it is, quite literally, the last four races for the team?

Winning a second championship is not an impossible task for the No. 78 team, but it will be considerably harder to pull off than last year.  Having reached the round of 8, FRR cannot expect to fall back on playoff points like it did for the last three races.  With Elliott on the rise, SHR cruising through the playoffs, and Busch and Harvick still towering over the competition, those who hope to win the championship must step up their game.  The weight of the future may be too heavy for FRR to make that step.

They are professionals and as such your future is based on performance. Give up and you guarantee that you wont have a job.