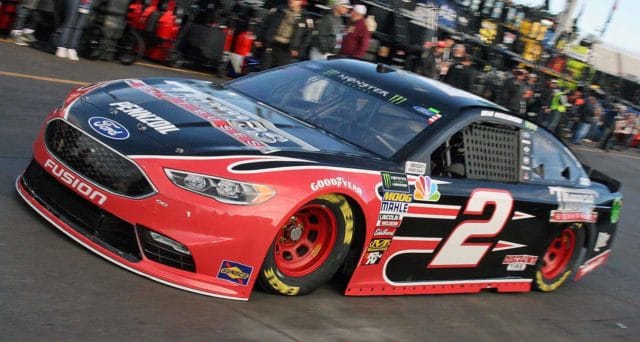 The Monster Energy NASCAR Cup Series’ Round of 8 kicks off this Sunday at Martinsville Speedway, but it was two drivers out of the playoffs who paced the two practice sessions on Saturday morning (Oct. 27): Brad Keselowski and Ryan Newman.

Keselowski, who won the Spring 2017 Martinsville race, ran a lap of 95.714 miles per hour to post the quickest time in the opening session. Former Martinsville winners Kurt (95.646 mph) and Kyle Busch (95.593 mph) were second and third quickest.

Keselowski (94.510 mph) was fourth quickest in the second session, and AJ Allmendinger (94.242 mph) rounded out the top five.