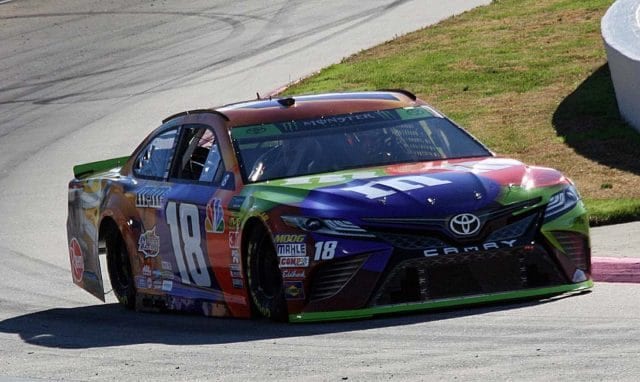 Whenever Kyle Busch wins a pole, it could call danger for the rest of the field, and that’s exactly what he did for Sunday’s (Oct. 28) First Data 500 at Martinsville Speedway.

“Track position is important, but I think what is most important is the opportunity of having that pit box,” Busch said of the pole run. “That No. 1 pit box tomorrow will hopefully do us good and we can have a great day and finish there more importantly.”

The fifth-place effort for Almirola was his best qualifying session at Martinsville since 2008, where he started third for Dale Earnhardt Inc. He believes track position is more crucial at the famed track than any other track on the circuit.

“The accordion effect you get here with everybody checking up and fighting to get to the bottom and stacking the field up, you could easily in the first couple laps of the race when you start in the back, you can get a lot of damage to the front of your racecar,” Almirola said. “When you run up front, it’s a lot more fluent. Everybody kind of paces each other and you don’t seem to wear your stuff out and be as hard on your equipment when you start up front.”

Martin Truex Jr., Kurt Busch, Brad Keselowski, Daniel Suarez and Kyle Larson rounded out the top 10. Joey Logano and William Byron were the only other drivers to make the final round of qualifying.

The only incident of the session was halfway through the opening round when Bubba Wallace backed the No. 43 Chevrolet into the Turn 3 wall. The damage was severe enough to go to a backup car.

Sunday’s First Data 500 is scheduled to get underway shortly after 2:30 p.m. ET. Kyle Busch is the defending race winner, though Bowyer dominated the spring race, ending a 190-race winless treak.

It could be a repeat of the year Jack Roush decided Martinsville would be a good place to put a young David Ragan in a 6th Roush car and Ragan proceeded to spin out five or six times, leading Tony Stewart to call him a dart without feathers.