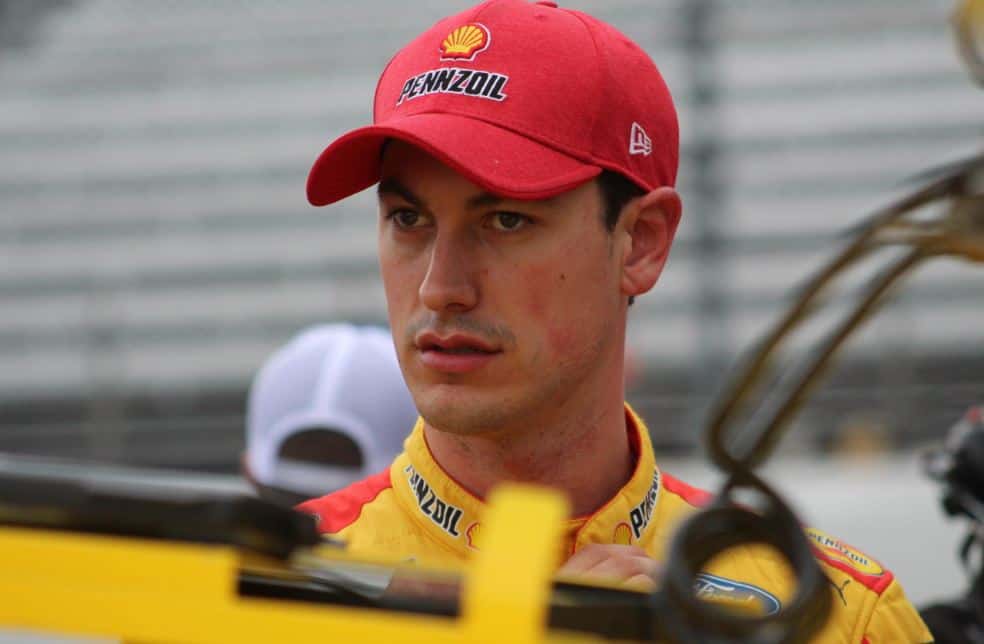 ONE: A Dish Served Cold

For the second time in five races in the 2018 playoffs, Martin Truex Jr. was denied a win on the very last lap of the race. Predictably his immediate post-race reaction was hotter than his glowing brake rotors.

“He may have won the battle, but he ain’t winning the damn war,” the defiant reigning champ said. “I’m not going to let him win it [the title] I’m going to win it.”

Headed to Texas, Truex sits in third, some 25 points to the good, but with stage points up for grabs, his is a lead that could dissipate quickly with a disappointing afternoon. So, it’s hard to see Truex doing anything other than focusing on his own performance these next two weeks as he chases a spot in the Championship 4.

The races at Texas Motor Speedway and ISM Raceway are absolutely critical and with just four final races remaining for his team, you know there’s nothing more Truex would love than winning for all the men and women of his championship team.

The question then becomes will the driver of the No. 78 Furniture Row Chevy seek retribution in Miami? Much of that will, of course, depend on whether or not Truex has qualified. Should he fail to make the final four, or fall out of championship contention early, would Truex then ensure Logano didn’t win the big prize?

On the one hand, Truex would have nothing to lose. He’s got a ride lined up in top quality equipment at Joe Gibbs Racing next season so his immediate future is secure. But on the other hand, as Dale Jr. remarked in post-race comments on NBCSN, “I’ve told Martin forever he’s too nice.”

One way or the other, then, you sense this particular contretemps isn’t over. We’ll find out in the next three weeks.

For much of his 11-year, 360-race Cup career, Joey Logano has courted controversy. Early in his career, Logano battled with Kevin Harvick even uttering the instant NASCAR classic: “His wife wears the fire suit in the family (and) tells him what to do” – a line that became a t-shirt. In 2013, he brawled with Tony Stewart and waged an ongoing dispute with Denny Hamlin that ended with a last lap wreck at Auto Club Speedway and a broken vertebra in the lower back of the driver of the No. 11 Joe Gibbs Racing Toyota.

Two years later in 2015, with a playoff stage win already in the bank, Logano spun out Matt Kenseth for the lead in the late going at Kansas Speedway. A move that infuriated the 2003 veteran champ so much that two races later at Martinsville Speedway, the usually level headed and at the time nine-lap down, Kenseth took revenge slamming race leading Logano hard into the outside wall.

Then, in 2017, immediately post-race at Las Vegas Motor Speedway, Kyle Busch stormed down pit road and punched Logano in the face after an on-track incident. Truex is, then, just the latest in a long line of infuriated rivals and the fans in the stands on Sunday at Martinsville left Logano in little doubt they shared the opinion of the No. 78.

Not for the first time, Logano is cast as the villain but in this case the ire feels unwarranted. Logano did exactly what he had to do to not only beat a faster car but also to secure his place in the final four for the third time in five years. He didn’t wreck Truex or put in him in the fence, but he made sure that he was going to win and give himself a shot at an elusive title.

For each driver how far they’re willing to go – where they draw the racing line – is more often than not a split second deep shade of gray, judgment call. And in the frenetic final laps at Martinsville we saw exactly what Logano meant.

“I’m a hard racer,” he explained. “I don’t think that’s a secret to anyone, and we are here to win a championship this year.”

Truex notwithstanding, don’t bet against Logano doing just that in three weeks’ time.

For a second year in a row, Lewis Hamilton wrapped up the Formula One championship at Autodromo Hermanos Rodriguez in Mexico City. The reigning champion finished off the podium in fourth but none of that mattered once his title was guaranteed. Hamilton draws level with the great Juan Manuel Fangio on five titles, two behind Michael Schumacher who won seven championships.

“But it has been a long, long year and it wasn’t won today it was won by an accumulation of great races from us as a team so I am just thankful for everyone’s help and support, said Hamilton. “We have been so unified and we have really worked to raise the bar. I am really proud of everyone.”

For Hamilton’s team, Mercedes-AMG Petronas Motorsport, it was a fifth straight championship in the turbo hybrid era — four for the Brit and one for Niko Rosberg in 2016 who promptly retired once he had secured his solitary crown. The other five time champ Argentinean Juan Manuel Fangio won an incredible 24 of the 51 races he entered – a 47 percent clip – in an era when a season comprised just six to eight races. By comparison, Hamilton has won 71 of his 227 races (31 percent) and has started on pole a record 81 times – essentially once in every three races. And with at least two years remaining on his contract with Mercedes, Schumacher’s record of seven titles is a tantalizing possibility.

FOUR: Next Up, Texas Motor Speedway

For the middle race in the third stage of this year’s playoffs, it’s a second visit of the season to Texas Motor Speedway. This will be Cup race number 36 on the high banks of the fast mile-and-a-half circuit and an absolutely critical stop in the hunt for the three remaining places at Homestead-Miami Speedway.

When we last visited in April, for the seventh race of the 2018 season, Kyle Busch emerged as the winner, leading a race-best 116 laps for his and Joe Gibbs Racing’s first victory of the year. Busch went on to win the next two Cup races, at Bristol Motor Speedway and Richmond Raceway, giving him a hat trick of wins to stem the relentless early season speed of the Stewart-Haas Fords.

Among active drivers, Jimmie Johnson has the most wins with seven, four more than Kyle Busch who has three wins. Kenseth and Hamlin have a pair of wins while Logano, Kurt Busch, Ryan Newman and Harvick each have one win at TMS.

This time last year it was Harvick, who picked up the win and secured his berth in the final four. Given the 2014 champion’s form all year long on the intermediate circuits, I wouldn’t be surprised to see him pull off the season sweep and cement his place in the final four.

And finally this week, we have just nine races remaining on the 2018 NASCAR calendar as we head into three straight triple headers to close out the season.

Homestead-Miami Speedway will play host to the final race of the Cup season for the 17th time – and the fifth under the winner takes all format introduced back in 2014. An exciting time of year (unless you hate the playoffs) for NASCAR, the next three weeks will shatter the dreams of 18 of the remaining title chasing drivers leaving three celebrating amidst the confetti and beer atop their respective series.

I wouldn’t even begin to try and guess who those three drivers will be but for the next three weeks I’ll enjoy watching it all play out.

Kenseth isn’t a mild mannered level headed guy. He’s the quiet behind the scenes instigator. The one who eggs others on. He’s the sneak who comes at you from behind when your not looking. 3 more races and he’s gone, the lonely forgotten one.
Tony is mad. Joeys win more or less knocked three of Tonys teams out of the championship hunt. Though I would love to see Kurt win one of the next two and knock either Harvick or True x out of the championship race. Listen to them whine then.

Danny, Martin drives a Toyota not a chevy. Kyle B. tried but did not succeed in punching Joey in the face. He is the one that came out of it with a bloody face. Get your facts right.

@Sue – yes, a Toyota. Mental error writing late but thanks for the correction. As for Kyle/Joey – you should look at the tape. Kyle makes contact for sure.