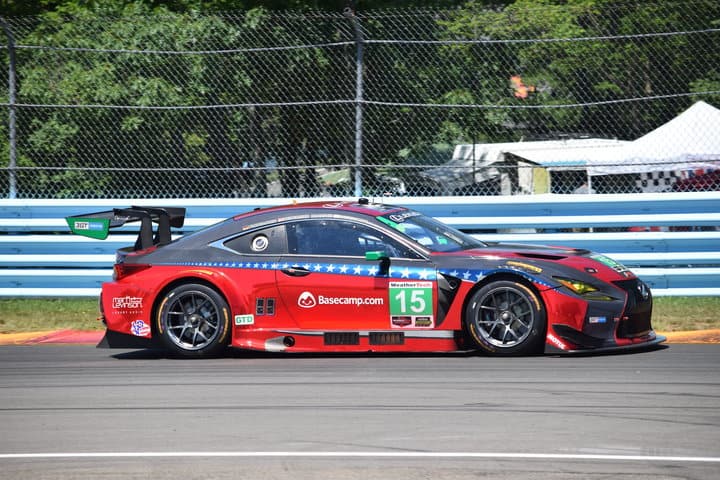 AIM VASSER SULLIVAN, which will compete in the IMSA WeatherTech SportsCar Championship’s GT Daytona class in 2019, announced Jack Hawksworth on Monday (Oct. 29) as the team’s first driver.  He will drive one of the team’s two Lexus RC F GT3s full-time.

“I am delighted and excited to be joining the AIM VASSER SULLIVAN racing team for the upcoming IMSA season,” Hawksworth stated in a press release.  “I have spent the last two seasons driving the Lexus RC F GT3 car and look forward to continuing the push forward in the quest to win the big races and a championship with the AVS team and Lexus. Our first point of call will be the Rolex 24 at Daytona. I look forward to beginning preparations with the team over the coming weeks and months so that we can be ready for the challenge come January! Thank you to AVS for putting their faith in me and to everybody at Lexus for their continued support. I can’t wait to get started!”

The move is clearly a big loss for Hawksworth’s previous team, 3GT Racing.  In Hawksworth, AIM VASSER SULLIVAN is getting one of the best drivers in the GT Daytona class.  Hawksworth won a class-leading four pole positions in 2018.  The picture above shows Hawksworth in the process of winning the class pole at Watkins Glen.  He was also consistently the fastest GT Daytona driver on the track, posting five fastest GT Daytona laps in 2018.  Unfortunately, the results just weren’t there.  His best finishes were a pair of fourths at Mid-Ohio and Watkins Glen.

AIM VASSER SULLIVAN claims in their press release that they’ve been “flattered” by the number of inquiries for their three remaining full-time seats and their endurance slots.  The team claims that there will be additional driver announcements coming in the very near future.