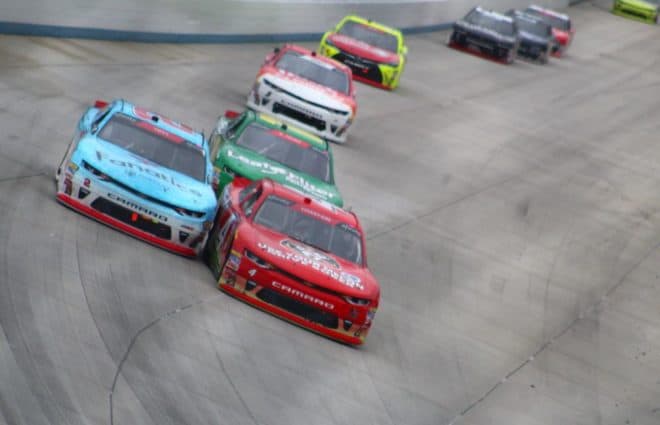 The Frontstretch 5: Closest Finishes Ever

With five laps to go at Darlington Raceway, Darrell Waltrip said that if Ricky Craven could catch leader Kurt Busch, it would be “really, really exciting.” Truer words have never been spoken. The finish in this race was nothing short of spectacular. Craven and Busch bounced off one another for more than three laps, neither giving an inch. One wrong move could have crashed them both and, with Dave Blaney closing in from the third position, handed Blaney the win in the process.

But both drivers drove what might have been the race of their lives. Afterward, both drivers said it was the most fun they had had in a race.

You can’t ask for anything more than this finish, because it was everything both drivers could give. The first video shows the original broadcast of the finish.  The second features Busch and Craven’s take on the day.

Daytona has produced a lot of close ones over the years, but none with as tight a margin as the 2016 version. With five to go, Matt Kenseth led the field with Martin Truex Jr. in tow, while Denny Hamlin led a charge on the outside. In a finish that looked like the Daytona version of this past Sunday’s finish at Martinsville, Hamlin nudged Kenseth aside in the final turn and beat Truex in a drag race to the line.

For NASCAR fans, Chicagoland Speedway doesn’t have a reputation for the best racing, but it’s the home of IndyCar’s tightest finish ever. That series has a host of close ones with margins of victory well under a second, but this version tops them all.

Sam Hornish, Jr. bested Al Unser Jr., despite his team having to repair damage to the car earlier in the day.  Hornish was involved in several of the series’ tightest finishes, but he tops the list here.

En route to becoming half of the first father-son duo to win the Indy 500, Al Unser Jr. had to first contend with Scott Goodyear as well as unseasonably cold weather and a veritable wreck-fest that saw 13 cars crash out of the race.

Unser had to fight off a record 10 former race winners to reach Victory Lane, but it would be Goodyear who provided his biggest challenge at the end.

F1 has a reputation for producing some less-than-compelling races, but the series has seen its share of great finishes through the years. None tops this one, though, in which Peter Gethin won against Ronnie Peterson.

The entire top five were separated by less than a second. After an average race speed of over 240 mph, changes were made at Monza the following year to slow the cars down for safety.

On a side note: You couldn’t pay me enough to do that flagman’s job. 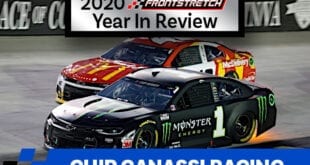 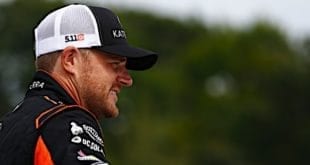