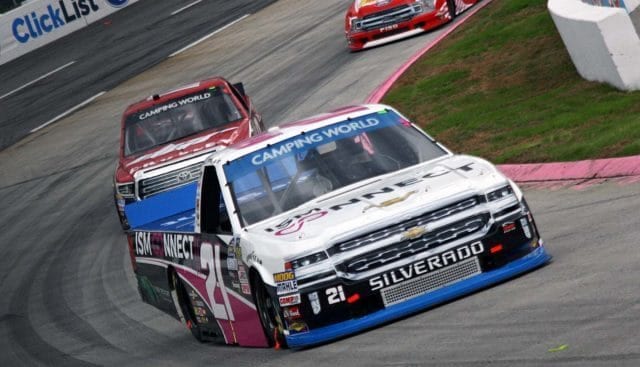 He was followed by the Kyle Busch Motorsports Toyotas of Noah Gragson at 184.508 mph and Harrison Burton at 184.168 mph. In fourth was Justin Haley in the No. 24 GMS Racing entry at 184.118 mph, and rounding out the top five was David Gilliland in the No. 17 DGR-Crosley Toyota.

Grant Enfinger of ThorSport Racing was the highest Ford in sixth, Stewart Friesen was seventh, ThorSport’s Matt Crafton and Ben Rhodes were eighth and ninth, and finishing out the top 10 was Todd Gilliland in the No. 4 KBM machine.

33 trucks participated in the session, though Mike Harmon in the Beaver Motorsports No. 15 didn’t record an official time.